The Best Places to Grab a Beer in Paris

At Indie Guides, we love (good) beer! With the fourth edition of Paris Beer Week starting today, here are our favorite bars, taverns, and restaurants for slugging a delicious brew in Paris.

Famous as the land of wine, France has long considered beer something of a second-class beverage. Today, however, beer is making a major comeback – and Paris is no exception to the world’s renewed interest in microbreweries. Craft beer brands are popping up everywhere in the city, events dedicated to the drink are attracting a growing crowd of hop enthusiasts, and new beer bars are quickly becoming favorite haunts among the Parisian night owls. 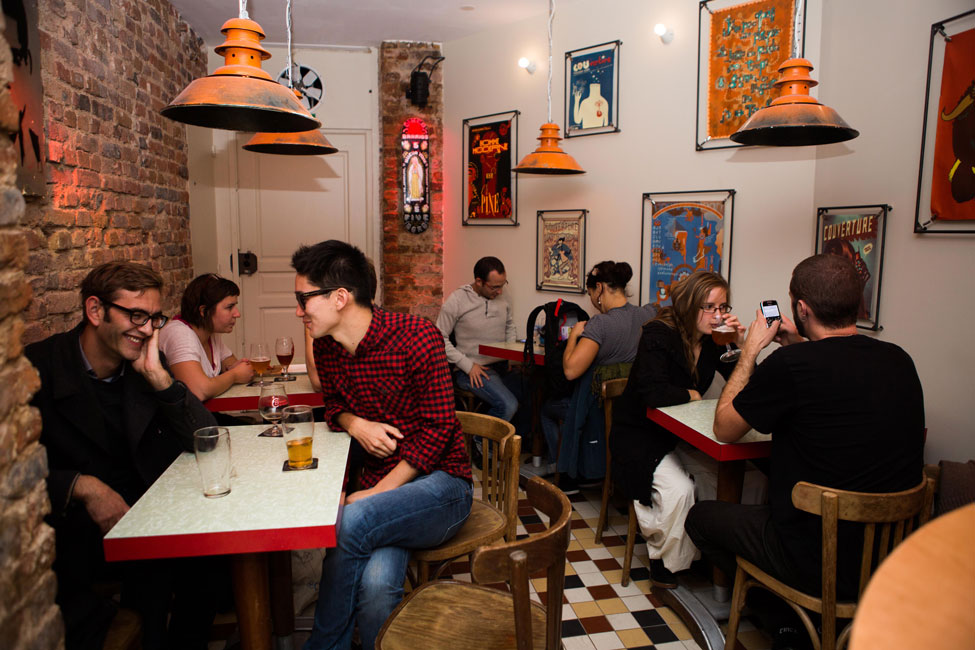 Don’t be fooled by the small size of this gem, which has the look of a dive bar. With its “public brews”, regular beer launches and special evenings dedicated to discovering microbreweries, Les Trois 8 takes craft beer brewing very seriously indeed. The people behind this bar are fans of artisanal products that are crafted with love – a philosophy that also extends to the wines on the menu. Compliment your beverage of choice with the excellent cheese and meat platter, which comes with half a baguette, unlimited gherkins and home-made jam. All in all, this is the perfect example of no-frills French dining. Don’t miss “Hoppy Hour” on Wednesdays when you can try “galopins” (12-centiliter glasses) of the eight beers currently on tap plus a beer chosen by the Parisian beer store Biérocratie. 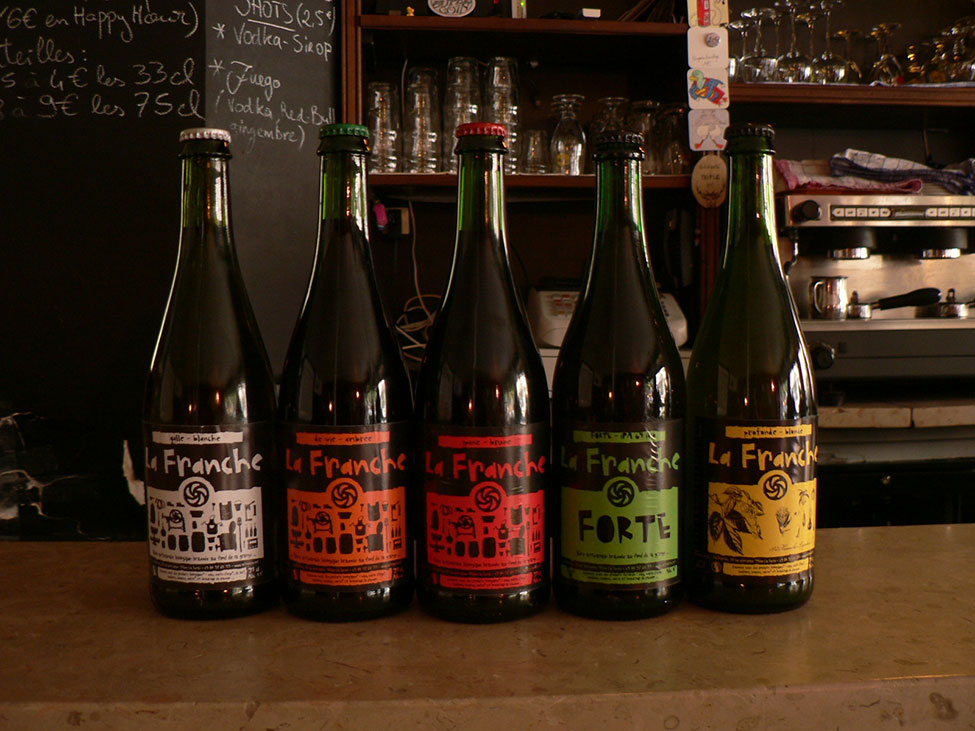 You need to travel far from the regular tourist spots to discover Le SuperCoin, located in the center of the popular and cosmopolitan 18th arrondissement in the north of Paris. Despite the distance, the bar still attracts all the city’s true beer connoisseurs – and it’s easy to see why: with a selection of beers that is almost 100 percent French, this place truly showcases the rich variety that the country’s craft beer scene has to offer.
Despite the limited selection (three on tap and 30 to over 50 bottled varieties depending on delivery), the menu contains plenty of surprises by highlighting a few lesser-known microbreweries and featuring some highly characterful beers. The bar used to serve snack platters, but since this stopped they now allow you to bring your own food. 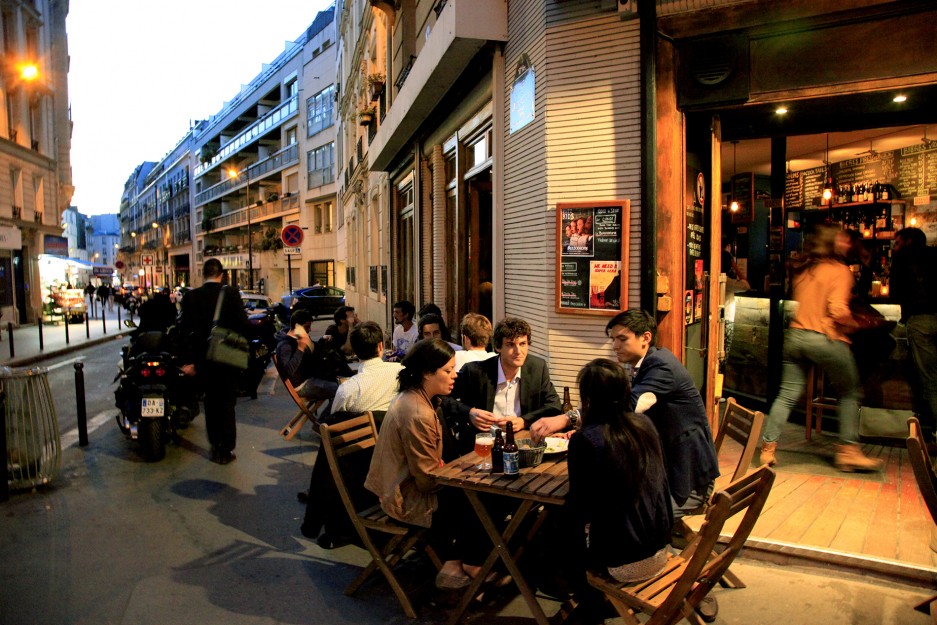 With Music Quiz Mondays, Movie Quiz Tuesdays, DJ sets on the weekends, oyster happy hours, and clothing swaps, there’s something happening at Octopussy every night and let me tell you, it’s never the same thing twice. This bar located in the very residential 17th arrondissement has got something for everyone: there’s charcuterie and burrata for your foodie girlfriend; late-night nachos & hot dogs for your party pal; and if your little brother comes to stay for the weekend, they’ve got a Super Nintendo. And back to the important part – there are six draught beers on permanent rotation and a great selection of local and international craft beers by the bottle, so there’s no risk of disappointing the hop-lovers among us. Even better, owners Vincent and Gilles even brew their own beer!

Le Triangle: The Most International 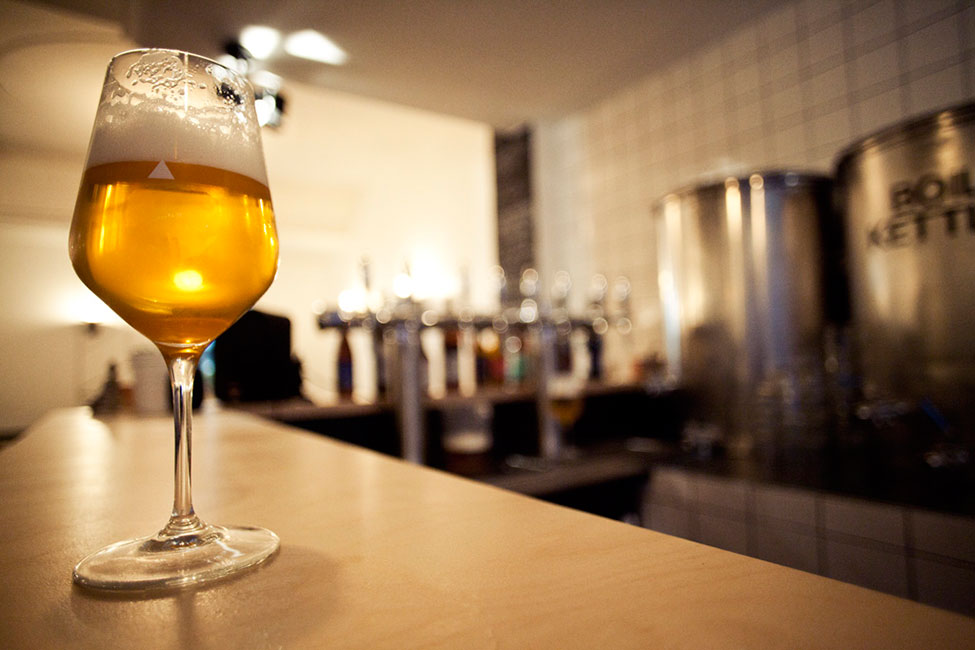 When two French foodies meet a Quebecois beer maker, they come up with Le Triangle, a restaurant and microbrewery bringing you the best of both worlds. On the plate, French cuisine bumps shoulders with a variety of global flavors: Morteau sausage with parmesan mousse, local pork belly with teriyaki sauce, sea bass ceviche, and the list goes on. It all goes perfectly with the ever-changing menu of eight beers on tap. In addition to the homemade beers they brew in the basement, Le Triangle also offers a selection of beers from all over the world. And for the comfort food lovers among us, keep an eye out for poutine night hosted once a month!

Download the Paris Beer Week app to explore all the events and find more spots to throw back a cold one in Paris.

Photos: Courtesy of the places mentioned in the article or Didi Abdelwaheb (Trois 8 and main photo)