Making beer from recycled bread, infusing it with oysters from Brittany or making it follow a line of music…Sounds impossible, right? Not for this Brussels Beer Project and its cheeky brewers. For them, the weirder the better.

First and foremost, the Brussels Beer Project is a nice story of friendship. To start at the beginning, you have to go back eleven years to 2005. Sébastien the French guy and Olivier the Belgian met in Canada, where Olivier introduced Sébastien to the sweet world of craft beer. Even then, they were already dreaming of opening their own brewery. But being only 22, they didn’t really have the means to make it happen. Then, four years ago, as they were about to turn 30, they decided it was time to stop dreaming and get to work. Sébastien moved back from Brazil, where he had been living, and the two pals started making beer together in Olivier’s basement, trying things out as they went along. Sébastien started taking classes at the brewing institute in Brussels and they made a point to visit all the breweries in Belgium to see where they might be able to start producing beer. One crowdfunding campaign later, the Brussels Beer Project was born. It was risky business setting up a craft beer production in the heart of Belgium, bastion of traditional Abbey beer. Below, Sébastien tells us more about how the project began & the community that supported him. He also gives us the scoop on the Belgian brewing world and the Brussels Beer Project’s most eccentric creations.

How would you define the Brussels Beer Project?

It’s a collaborative, participative, co-creative project producing atypical beers. We aim to bring a breath of fresh air to the brewing landscape in Brussels by distancing ourselves from traditional Belgian beer. Our desire to wander off the beaten path is apparent, for example, in our recent collaboration with the English band Editors, where we did a music pairing project. The goal was to work on the relationship between taste and sound to create a beer resembling Salvation, the fourth track on their latest album In Dream. We wanted to confirm the idea that high frequencies translate to a sweeter taste while bass frequencies reinforce the perception of bitterness. A doctoral candidate from Oxford University did some work on the results of our experiment. He wanted to determine whether the Editors music really influenced how the taste of the beer we created for this project was perceived. The results of the study haven’t been published yet, but apparently there is a correlation between the two. It’s fascinating!

How did the crowdfunding campaign for this project work?

The idea was simple: each person who donated at least 160 euros would receive 12 beers every year for the rest of his or her life. The campaign really exceeded all our expectations. Even though crowdfunding wasn’t very common in Belgium at the time, we were able to gather enough funding to expand our business and open our brewery.

What was the first beer you put on the market?

After visiting some breweries in Belgium to find an establishment that fit our young and innovative vision, we went with Bier Anders, our current partner. We brewed four prototypes there: Alpha, Beta, Gamma and Delta. After that, we posted a message on social media inviting people to come taste the beers and vote for their favorite. The campaign worked really well and drew hundreds of people to our project. In the end, the Delta – a beer with hints of lychee and passion fruit – won the competition. We still make that one today.

Belgium has a very long history of brewing beer…

Beligum is a major player in the beer world, even more than Germany or the UK. There were dozens of breweries in Brussels at the turn of the 20th century, but it’s no longer the case today. Even so, Belgium retained its very rich trove of brewing methodology, and there is a lot of conservatism and attachment to tradition around that.

Would you say your project is part of a new microbrewery trend in Belgium?

Yes and no. There are lots of microbreweries, but they are all very traditional. Breweries that take it to the next level like ours are still few and far between. There’s room for more! We’re waiting for you! If other experimental microbreweries were to set up shop here, that would stimulate a mutual creative synergy. But I think a new wave of microbreweries is on its way. It will start in Brussels and then expand throughout the rest of Belgium. I think it will combine traditional Belgian know-how with an open-minded spirit and I’m sure the result will be amazing. 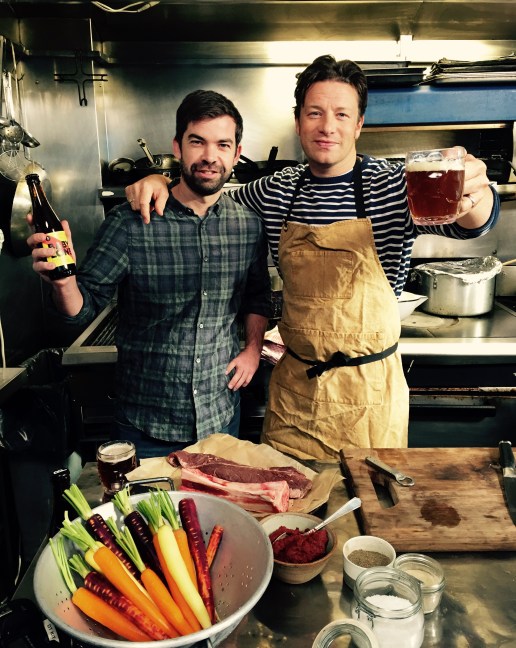 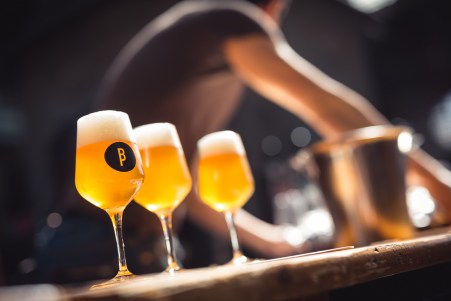 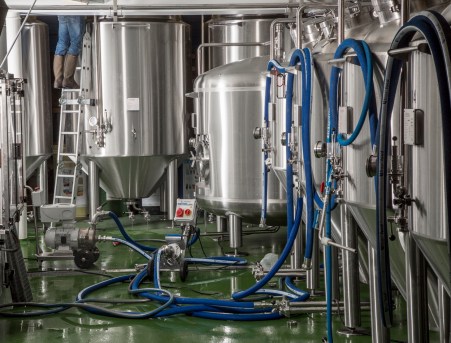 How does the co-creation aspect of the brussels beer project work?

We collaborate with friends, and people we meet at festivals and on trips. We met some young brewers from Tokyo when we were traveling to Japan in February and we plan to brew together soon. One of our brewers really likes Norway, and on one of his trips, he made friends with the owners of three breweries there. The guys from Weird Beard in London came to brew with us recently and we’re about to have the people from Partizan Brewing in London come work with us as well. If we have a good feel for a person and they share the same experimental philosophy and brewing knowledge, we make sure to make a beer with them. It’s really great to be able to learn from other people. We’ve never signed a single contract for these collaborations, the question never even came up. It’s all based on mutual understanding, which kind of breaks with the codes of copyrighting.

How does your new approach affect the taste of your beer?

We try to go out of our comfort zones to discover new flavors. Our brewery isn’t large, but it has the advantage of being big enough for us to take risks. We’ve brewed with bread, tonka beans, cacao, Mexican chipotle peppers, oysters from Brittany and hibiscus flowers. We’re also working on offering different degrees of alcohol, so we’ve come up with beers that have less than 5% alcohol and others that have up to 10. We also imported barrels from Burgundy and we’ve also worked with oak barrels. Audacity is the name of the game here — without it we might as well stop.

You mentioned you’d made a beer from recycled bread – the Babylone. Can you tell us more about that?

It was quite an adventure! We got the idea from a discussion we had with sustainable eating activist, Rob Renaerts. He told us that ten tons of bread are thrown away every year in Brussels. So we decided to try out a technique used over 7000 years ago in Babylon to create an alcoholic beverage from bread. It was a fun challenge that cost us a year of trial and error before we were satisfied with the result. Groot Eiland, a restaurant in Brussels that cooks using unsold products and provides job training for disadvantaged individuals, was in charge of providing the bread. We also bought a mixer together. The bread is heated to 90 degrees Celsius for one hour before being ground into a sort of flour, vacuum sealed and stocked in a cold chamber until it expands to 500 kilos. For a 33 cl bottle of beer, we use one and a half slices of bread instead of barley malt. We are proud to have created the first beer of this kind in the world and it garnered a lot of interest. Even Munchies wrote an article about it! The beer has a salty taste, a bit like the taste of bread crust. But we put a lot of effort into making sure that taste was subtle. We didn’t want people drinking Babylone to feel like they were biting into a bread roll!

What was your favorite beer to make?

Good question. Our trips to Canada and Brazil are the first things that come to mind. Brewing abroad is like a waking dream. Our very first beers also come to mind – the ones we made in Olivier’s garage…