Mini Guide: 5 Spots to Check Out in Portland

Portland’s official slogan, “Keep Portland Weird,” perfectly sums up the eccentricity of this creative haven. Here, the tenets of DIY, independence, and being different are a way of life. Experience it for yourself by exploring five of the city’s most iconic and alternative spots.

The Holocene : Old car warehouse converted into a dance club 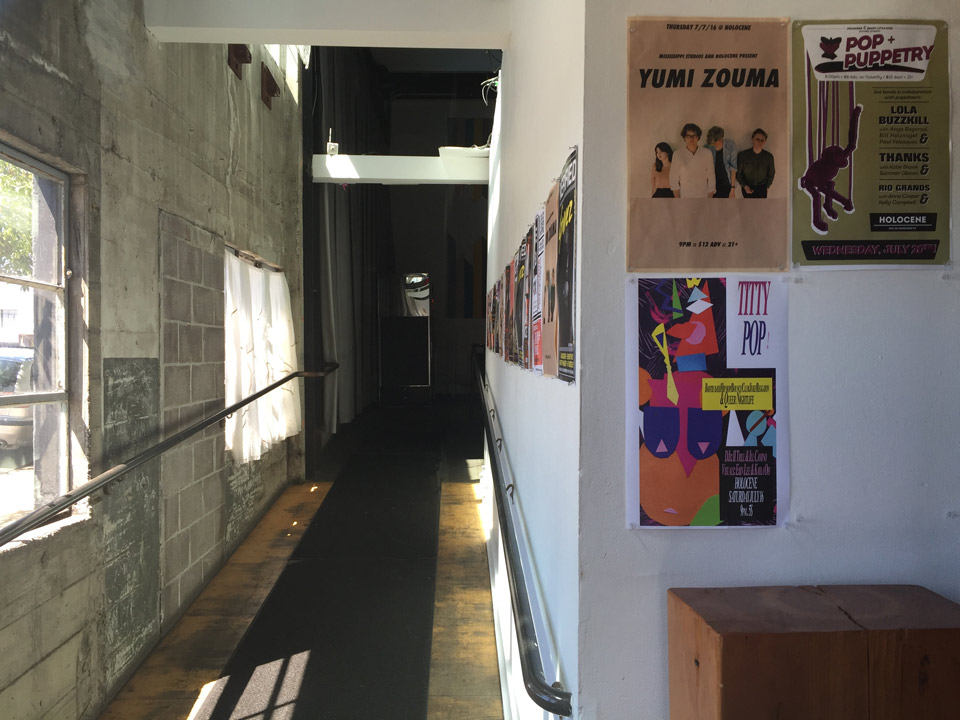 While Portland’s Downtown and Skidmore districts might be home to the most notorious and established clubs in the city, eastside Holocene is the place to go out dancing at night. An adaptive reuse wonder, the former car warehouse space has been converted into a two-level club that hosts events ranging from intimate story slams to multimedia techno dance parties.
With a reputation for unforgettable dance parties (and reasonable event covers – often $5), The Holocene has established itself as a hip venue that celebrates eclectic obscurities and the arts scene. Keep an open mind: on any given night you might find a dance party celebrating a trifecta of contemporary R&B artists, or you could stumble into a burlesque show inspired by an obscure TV series. Whether you’re a curious bystander or eager to join the locals in a night of revelry, The Holocene is worth a visit. 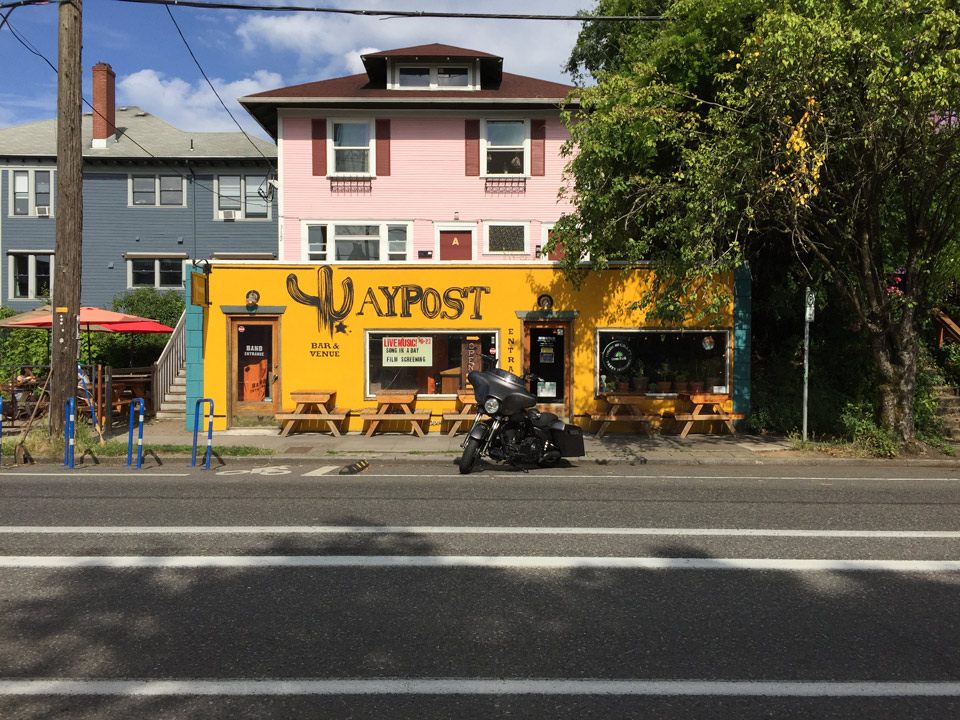 A simple venue filled with southwest eclecticism, The Waypost is revered for two things: tacos and tunes. On any day of the week, you’ll find intimate performances from local artists (no cover charge!) that feature everything from sweet honey Americana to luscious murder ballads or ambient DJs. While you enjoy a musical performance, order from the southwest menu with its extensive selection of tacos and margaritas that also satisfy gluten-free and vegan restrictions.
Beyond musical performances, The Waypost hosts a spectrum of events ranging from trivia nights to lectures and film screenings to poetry readings. So stop by during Happy Hour – daily from 4 to 7 p.m. – for a $1 discount on draft beers, well drinks, and taco plates, and see what magic the evening brings. 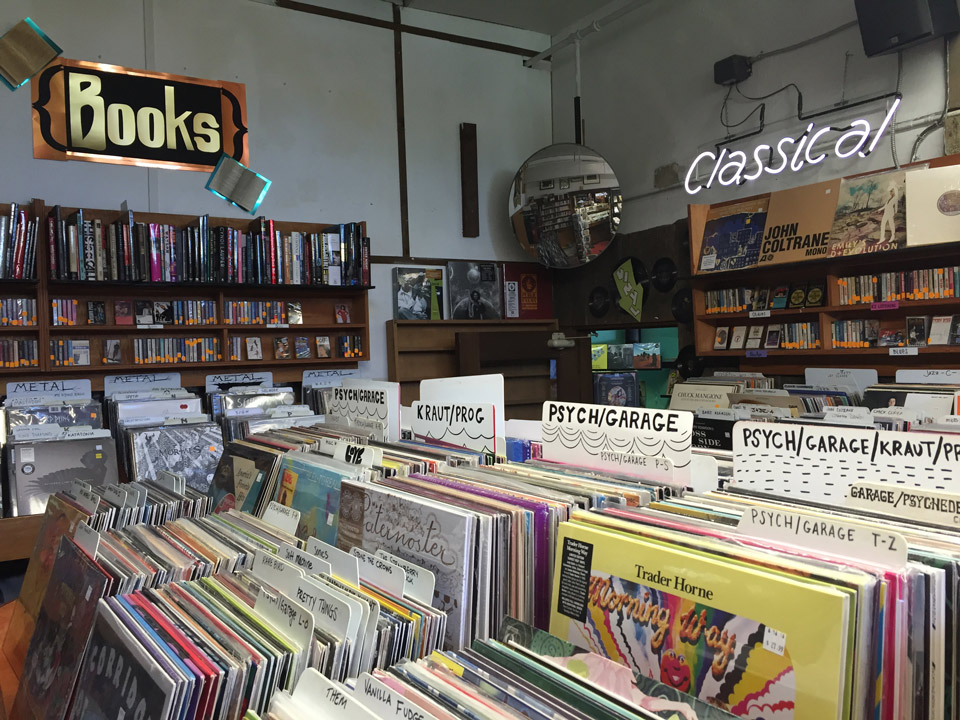 Performance space, record store and labyrinth – this 57-year-old record store has it all. Music Millennium really is Portland’s best place to find rare and commonplace records. Founded in the 1960s as a haven of underground music, this independent record store continues to source rare oddities, limited edition LPs and alternative local tracks alongside classics and favorites. Check the events calendar before you go, as the shop often hosts free, in-store concerts featuring anyone from a local band to touring groups interested in performing a pre-show before heading to a larger venue later in the evening.
Be sure to arrive with plenty of time to explore all the genres – ranging from homegrown to R&B. And if you’re feeling overwhelmed, indecisive, or maybe just adventurous, purchase a $5 mystery/grab bag and see what you end up with! 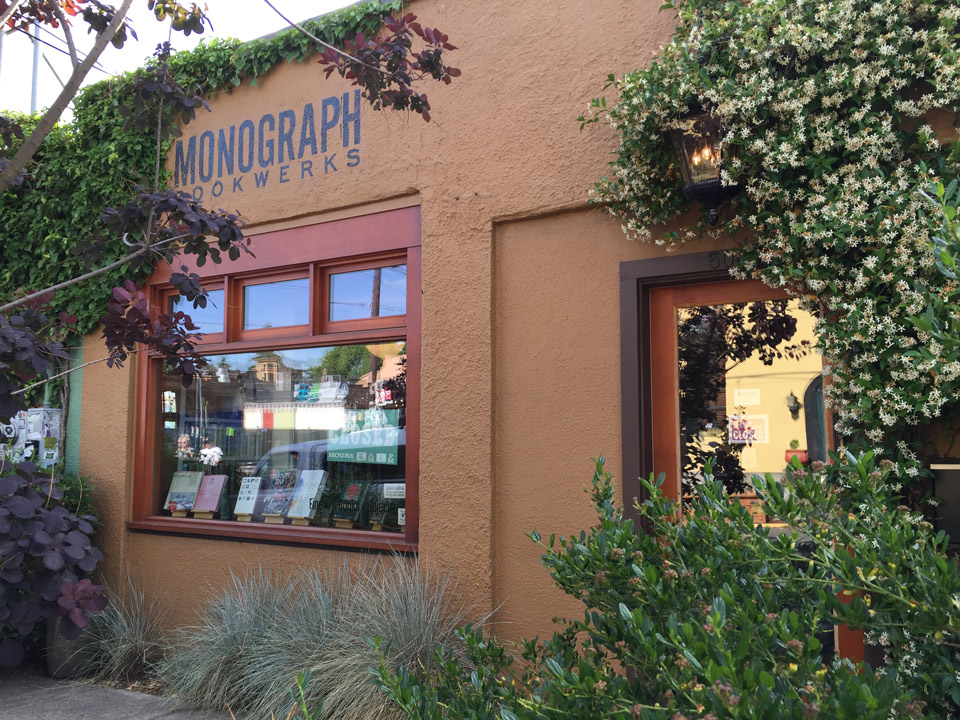 Covered in vines and tucked away on a side street in the Alberta Arts District, Monograph Bookwerks is a small, one-room shop of fine art books and objects. With a taste for the rare and uncommon, this shop stocks small press editions, out-of-print art anthologies, and ephemera ranging from 1970s erotica to political files and periodicals.
The shop is owned and operated by two artists, John Brodie and Blair Saxon. John – a long-time painter with a history in the music business – and Blair – an Oregon artist dedicated to exploring materiality and outmoded print technologies – understand the need for artists to study and explore texts with cultural and artistic intersectionality. Together, they’ve created a cerebral collection that connects Portland with excellence in art – locally and globally. We wish our personal library could be as beautiful and tastefully curated as this! 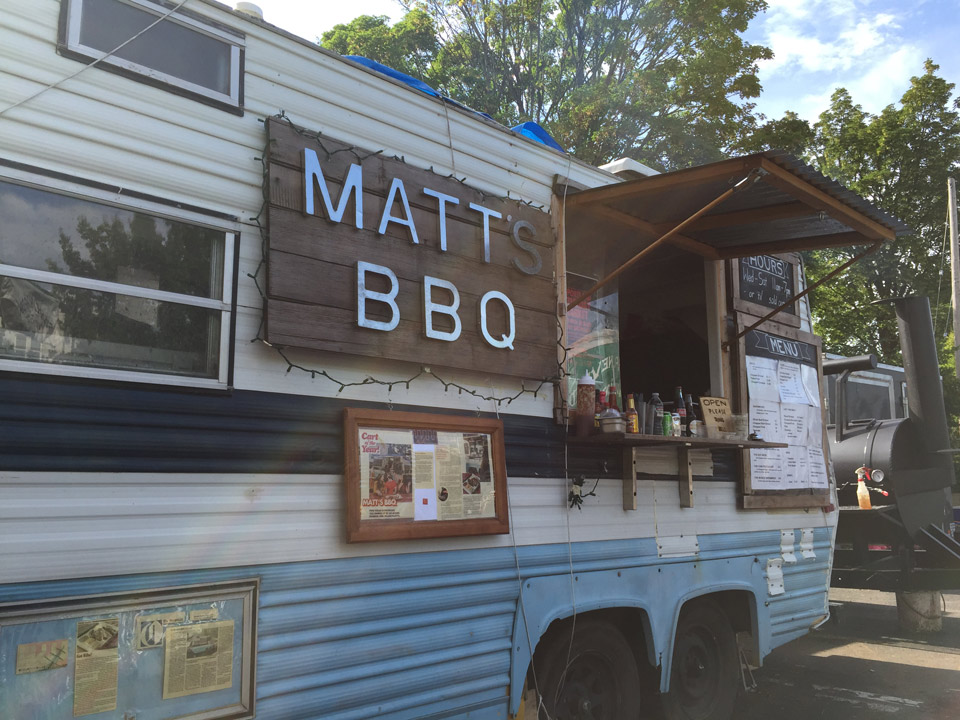 In the back parking lot of H&B Jewelry and Loan – Oregon’s oldest state-licensed pawn shop – you’ll find Matt’s BBQ: a humble food cart serving up Texas-style BBQ. The kitsch cart offers chicken, brisket, sausage, pulled pork and ribs, creating a haven for meat-lovers. For smaller appetites, grab a $3.50 brisket taco dressed in glorious guacamole and pickled onions – the succulent meat wrapped in a warm flour tortilla is irresistible. But if you arrive on an empty stomach, there’s no need to even hesitate: for a mere $16 you can indulge in The Whole Shebang – a delicious offering of three prized meats (brisket, sausage, ribs) and three complementary sides. While you’ll be hard pressed to find a neighborhood without a pod of food carts in Portland, Matt’s BBQ is an essential.