Mini Guide: 5 Spots to Check Out in Paris

Paris is overflowing with good wine bars, but there is also a growing number of local spots where you can drink a good craft beer. Many alternative cultural spaces are popping up far from the city’s well-known museums and historic concert halls. In short, Paris is ready to unveil a vibrant and eclectic cultural scene to anyone willing to venture beyond the tourist hubs. An indie music shop, a venue for young artists, a former office building converted into a cultural center—discover a Paris beyond the clichés with this selection of five spots pulled from our free city guide, Indie Guides Paris! 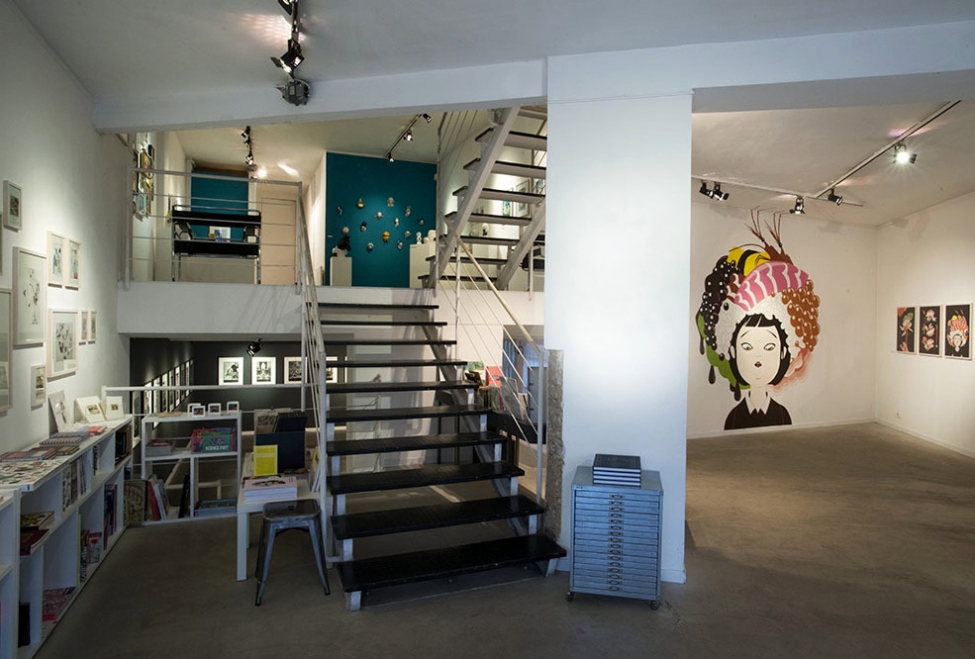 What would art and design in Paris be without the labor of love that Arts Factory has been carrying out for the last twenty years? After establishing a gallery near Montmartre and organizing art shows all throughout Paris with their “nomadic gallery”, Effi Mild and Laurent Zorzin decided to invest in a new space in the Bastille neighborhood.
Inspired by both Andy Warhol’s Factory, and by Joy Division’s label, Factory Records (hence the name), the owners have kept the same spirit of making art accessible to everyone. From the crude drawings of oddball Daniel Johnston to the turn of the century world of Blexbolex, Arts Factory puts on display the best of contemporary graphic design. The work in the gallery is always at an affordable price, a far cry from typical gallery practices. So here’s to another twenty years! 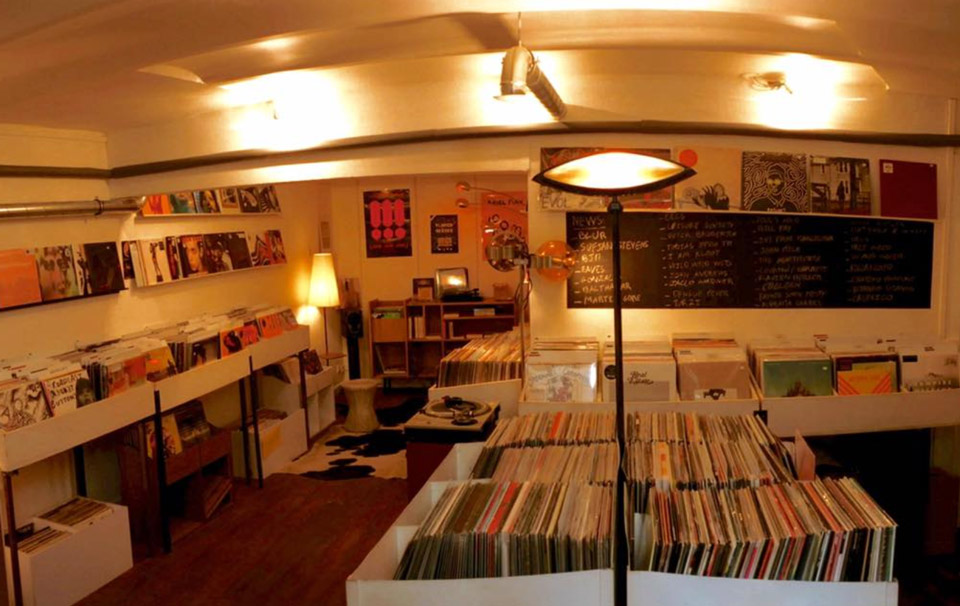 Who better to sell records than a musician himself? Created by one of the members of the Parisian band HushPuppies, Ground Zero quickly asserted itself as THE record shop for independent music. You’ll find plenty of pop references in the store, along with folk, rock, new wave, electro, and used records… there’s also a selection of vintage furniture for sale, since Ground Zero is now located inside the secondhand shop Nationale 7. They relocated to the 9th district in late 2014, contributing to making this neighborhood a dream location for music lovers, thanks to its proximity to La Fabrique des Balades Sonores (see related section) and Walrus (a cafe and record shop at 37 ter rue de Dunkerque). 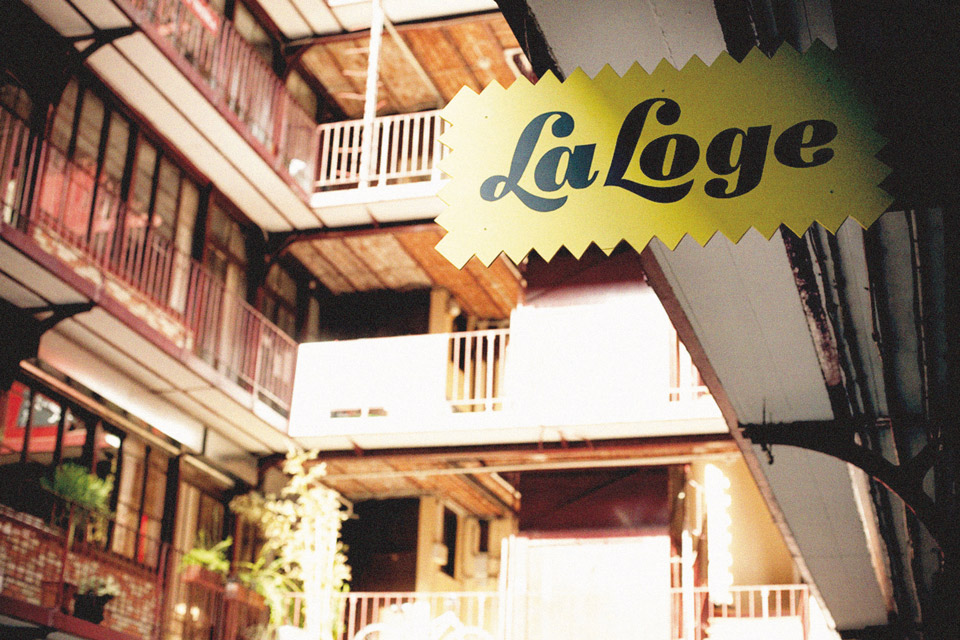 After gaining a reputation in the 9th district as the smallest Parisian theatre with only 30 seats and a 2-meter-squared stage, La Loge expanded in 2009 when it moved to a new space in the 11th district. With 80 seats and standing room for 150, the space has maintained its intimate, welcoming atmosphere and offers up a delightful program of one-man shows, theatre, and concerts featuring young artists. 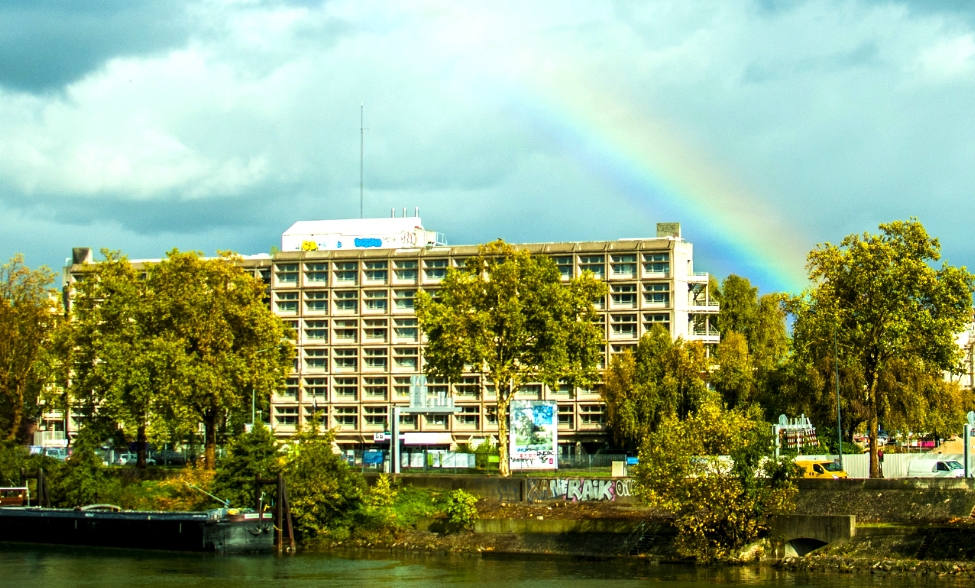 You have to have a really good argument to convince a Parisian to go beyond the city limits. Looking somewhat like a squat, and with 7000 square meters of space dedicated to creativity, the 6B, in Saint-Denis, has quickly become a classic for alternative Parisian night life. During the day, 150 artists, including painters, playwrights, musicians, etc., give free reign to their imaginations in the many workshops of this former office building on the outskirts of Paris. On evenings and weekends, the 6B comes to life with art shows and inventive parties, most notably the ones organized by the collective Soukmachines.
During the summer, the doors of this atypical place open even wider for La Fabrique à Rêves (Dream Factory) festival, when outdoor art events take place until the end of the night. Most events are free, and the festival lasts for several weeks! Since the space is mostly open to the public during special events, make sure to check out their Facebook page for info on what’s coming up. 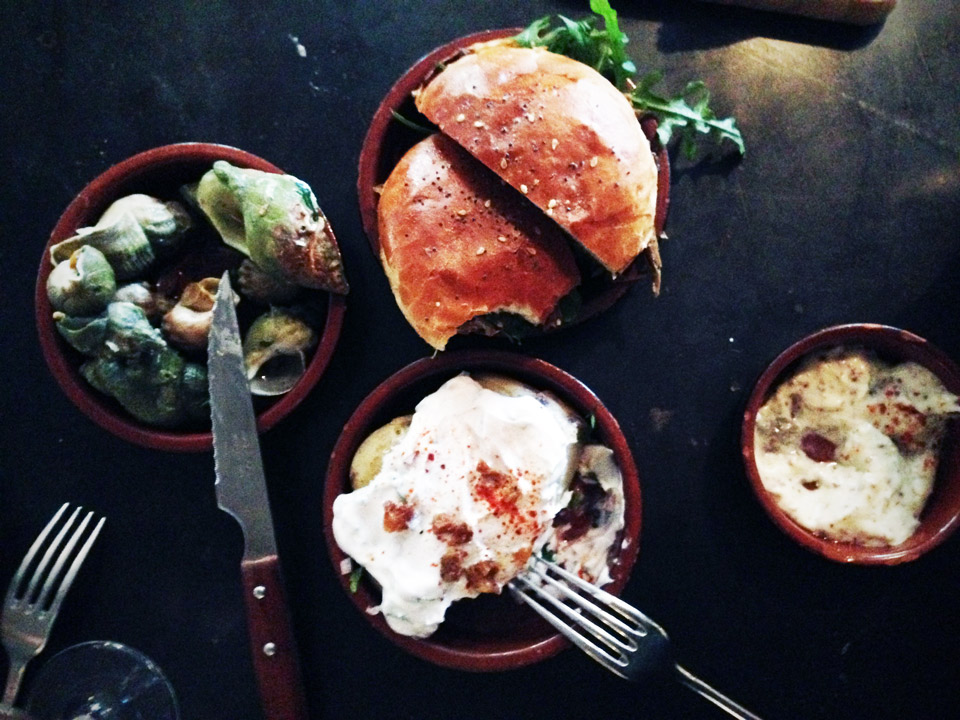 Not satisfied with having taken over rue Belzunce with his three establishments, the Breton Thierry Le Breton (you can’t make these things up!) decided to secede. At La Pointe du Grouin, Chez Casimir, and Chez Michel, you’ll be asked to pay in “grouins” — the local currency of this little Breton island right in the middle of Paris.
At lunchtime, for 10 grouins (10 euros), you can accompany your sandwich with andouille sausage from Guéménée, oven roasted pig’s foot, an order of whelks, and lavender Kouign-Amann. Take note, though — La Pointe du Grouin is only open during the week and you have to order at the counter. You could easily get annoyed by these little details if the place weren’t so welcoming and relaxed, with its summery terrace and bar-like atmosphere.
If you’re in the neighborhood on a weekend, you can always stop by Chez Casimir for the all-you-can-eat brunch (25 euros) featuring lobster bisque, prime rib, stuffed duck neck, and rabbit crumble (reservations highly recommended)!

8 rue de Belzunce, 75011 Paris
http://www.lapointedugrouin.com
Open Monday through Saturday from 8 am to midnight