The California Punk Scene through the Eyes of Michael Haight

There’s no denying how much time we spend scrolling through photos on our Instagram feed. But Michael Haight is the only photographer whose work we can pick out instantly out of the hundreds we scroll past! After liking about a thousand of his photos over the past few months, we asked him to pick out ten of his favorite shots for us.

Michael Haight captures live musicians in a way that few can. Using double exposure, light play, the raw energy of the moment and familiarity with lots of bands, this Californian has the talent to transform any live show into something super FOMO-worthy. 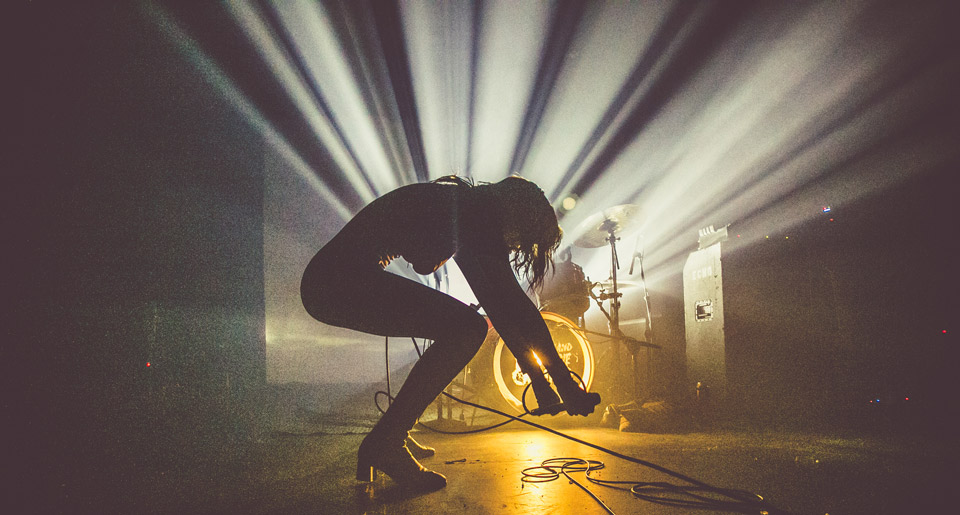 Kim and The Created

“This is probably the photo I’m most proud of so far. It’s an example of when everything just goes right.” 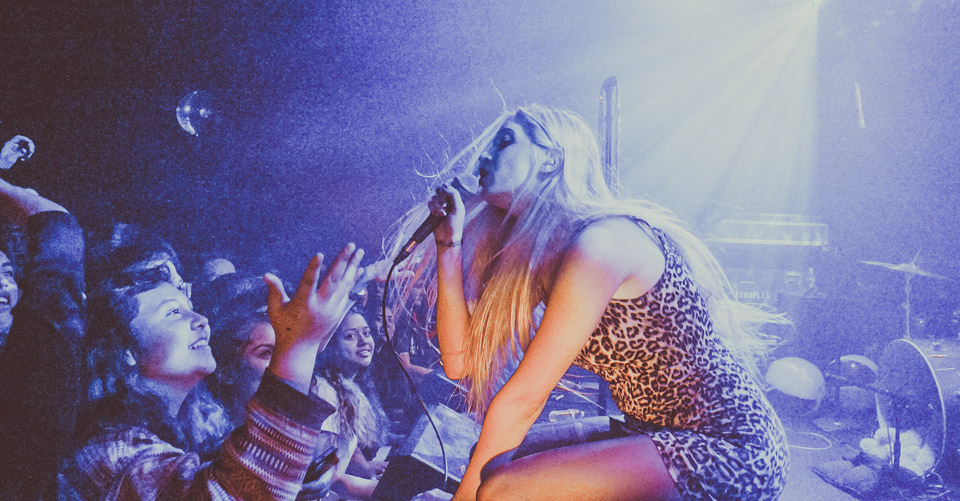 Melissa Brooks And The Aquadolls

“I wouldn’t be doing this if it wasn’t for The Aquadolls. I love this shot because it shows how much Melissa loves her fans and how much they love her back.” 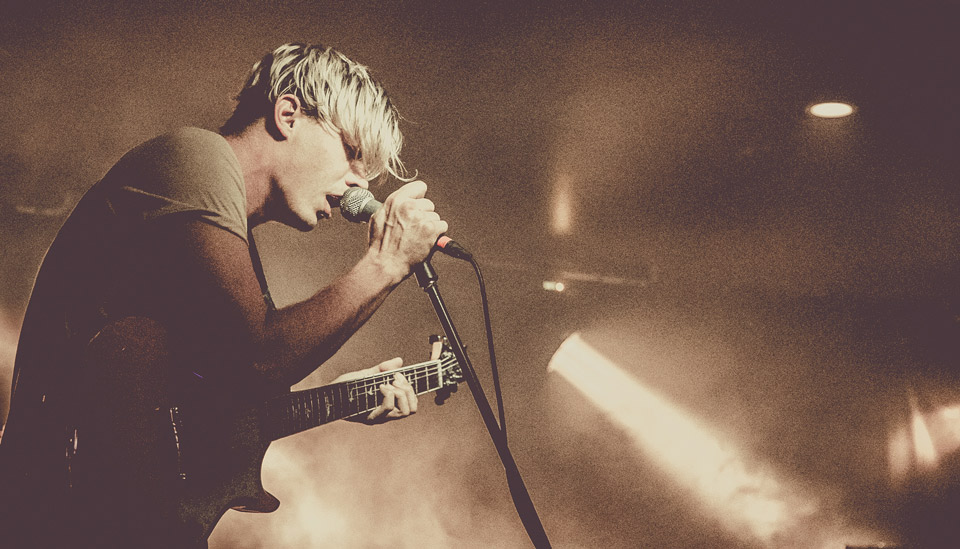 “Melted is my favorite band and I love these dudes. Justin is such an incredibly talented human and he plays every show like it’s his last. There’s something incredibly special that happens when Melted plays. I could go on and on about how great this band is, so I’ll just say this: I have thousands of pics of Melted, this is just one Justin’s girlfriend, Emma, likes.” 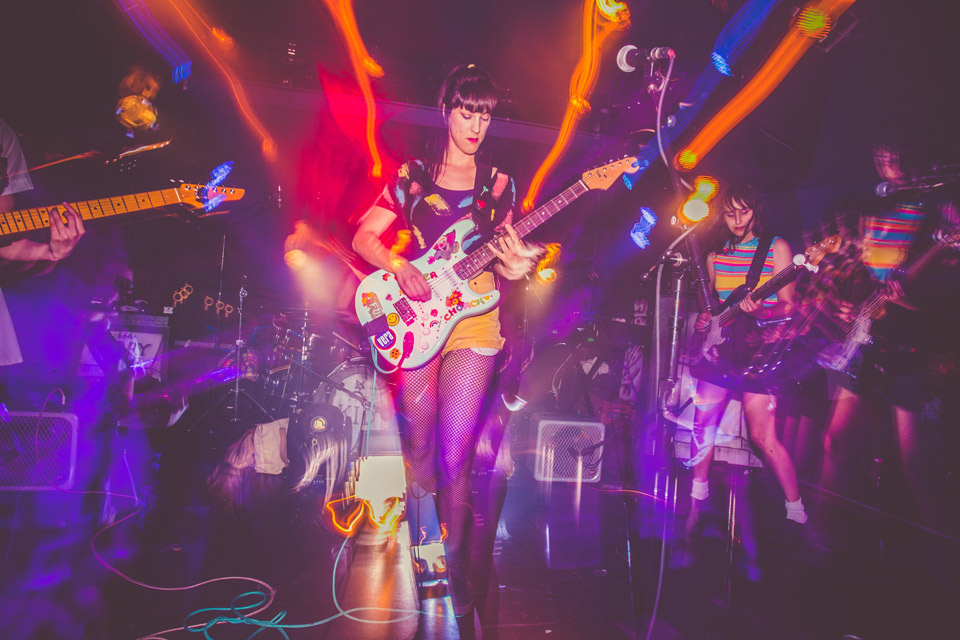 “I fell in love with this band a few years ago. I started bringing my camera to shows in hopes of having the opportunity to photograph them perform one day. It feels like a dream every time I get that chance.” 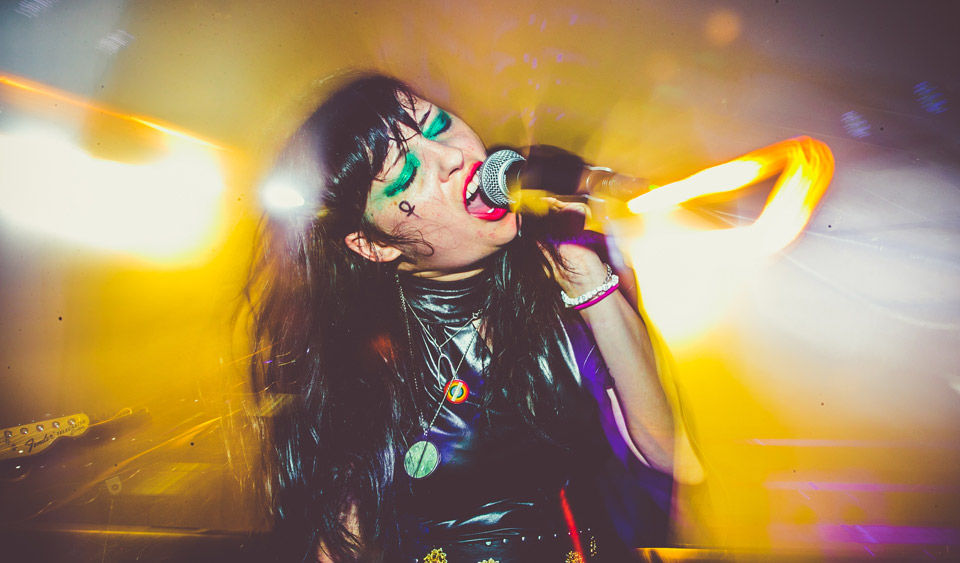 “Bonnie is such a raw performer and I love trying to capture that.” 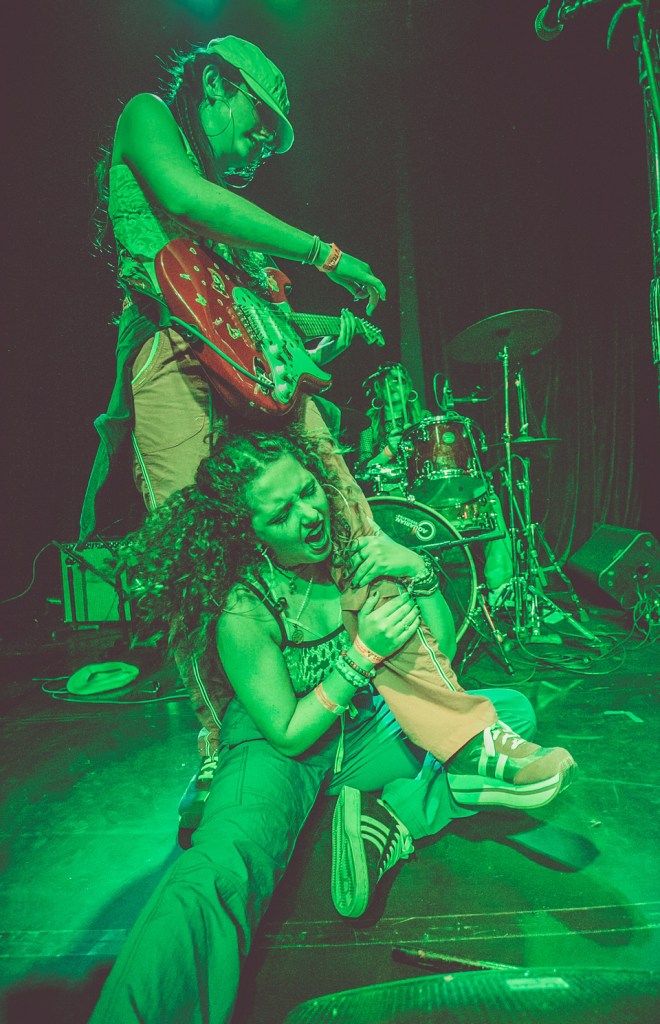 “I’d take a bullet for these girls any day. They’re as much a family as they are a band and I think it’s what makes their performances so special.” 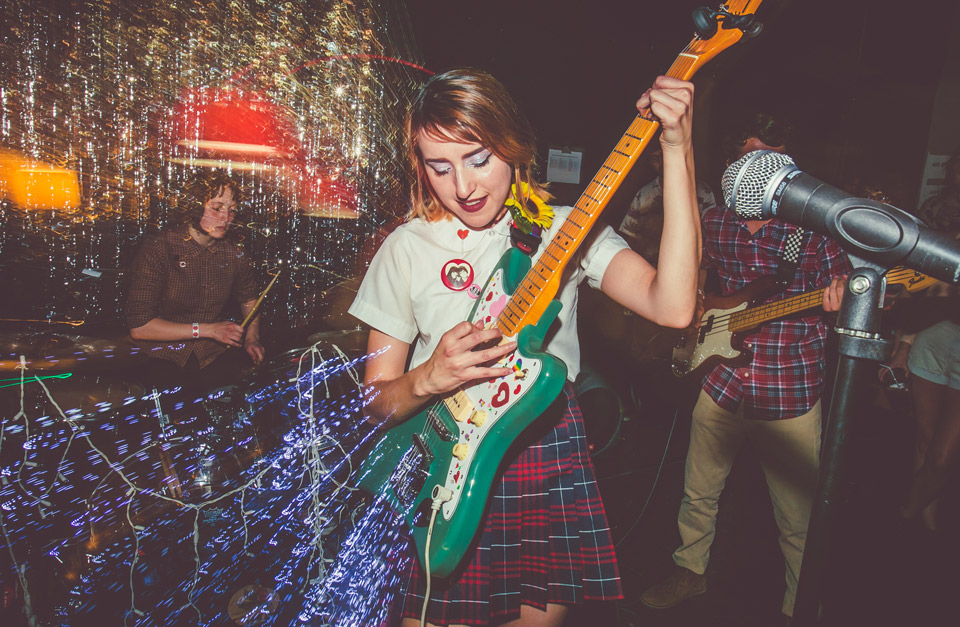 “I. Love. Janelane. Sophie’s voice and the melodies she writes are what magic must sound like.” 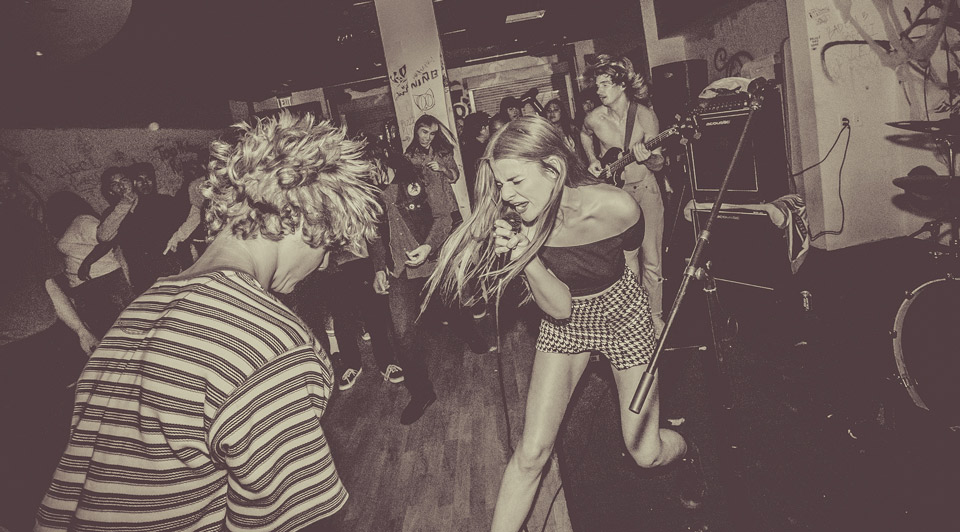 “This was taken at Top Acid’s last space, which was one of my favorite spaces ever for shows. It had an energy that I’ve never experienced before or since. The Side Eyes are a force live. I think this was my best attempt at trying to capture both of those things.“ 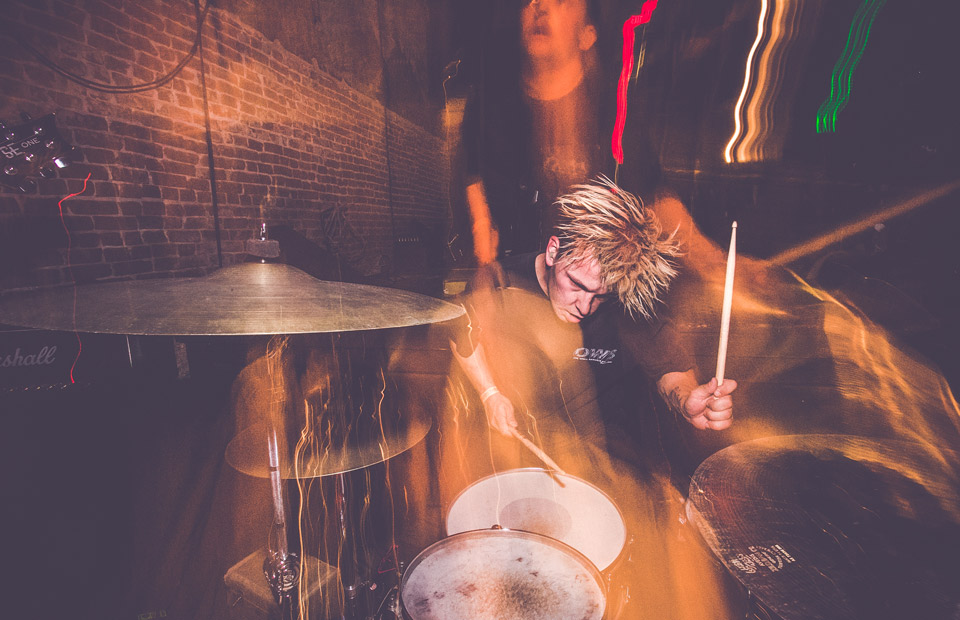 “Sam is my favorite drummer to photograph. He’s primal yet precise. I feel like his sincerity as a human being comes through in his drumming.” 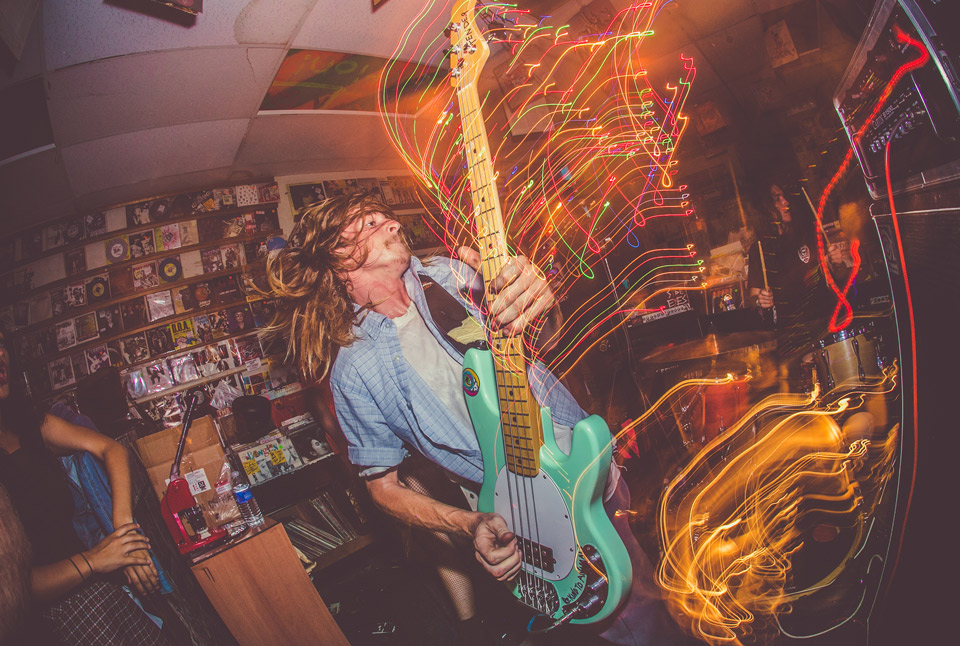 “I feel like photographing Chris play should be its own sport. He’s incredibly intense and unpredictable.”