The Collectives and Organizations Reinventing Ukraine

While Ukraine is the largest country in Europe in terms of land area, it can sometimes seem like a small state caught between Russia and the EU. Amid political and cultural crises, lots of initiatives are being made to reinvent Ukraine. Learn more about them below.

For hundreds of years, Ukraine has experienced continuous territorial, political and cultural instability. The Orange Revolution of 2004 and the Euromaidan Revolution in February 2014 are among some of the more recent events. On the positive side, all these changes and conflicts seem to have fostered a strong sense of community, increased political awareness and a palpable vitality in the country. These days you’ll find many individuals, businesses, and non-governmental organizations innovating, inventing, and developing together. Below is just a small sample of some of our favorite groups working to transform Ukraine: architects, activists, artivists, designers, city planners, mediators, and artists. 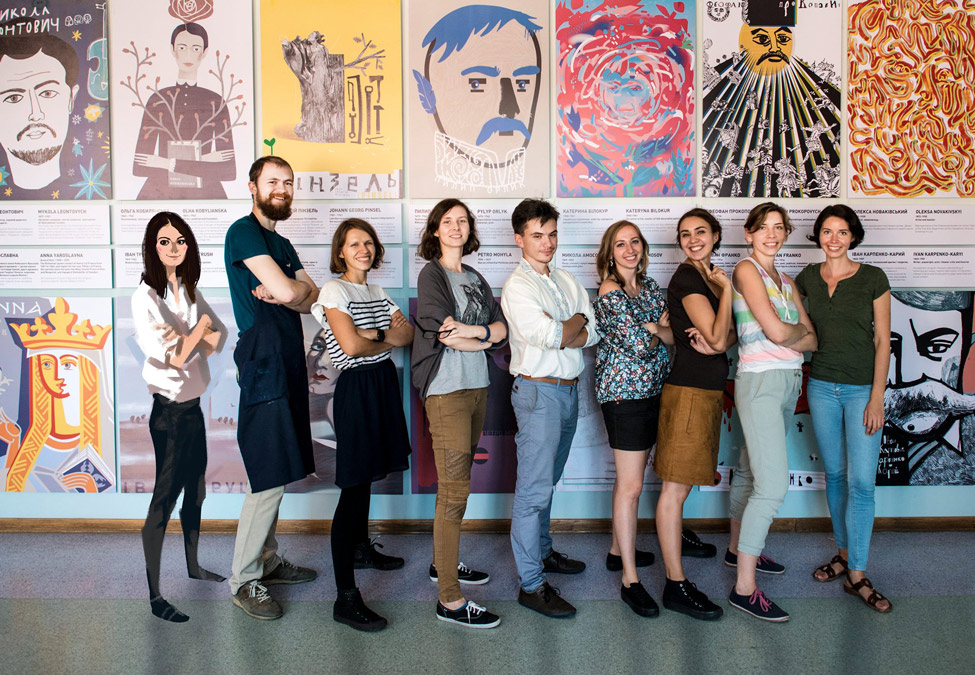 The Pictoric Illustrators Club was originally an informal community of people passionate about illustration and visual arts. Three years ago, the club organized its first exhibition, along with workshops, in celebration of the International Arsenal Book Festival. The club has since continued to grow and now hosts events throughout the year, including exhibitions, workshops for children and adults, and public demonstrations.
“Prominent Ukrainians,” one of the club’s projects led by Anastasia Denysenko, showcases portraits of famous Ukrainians (writers, artists, scientists, historical figures) depicted in a modern style. Their “Shakespeare. Shake the Spirit” project, funded by the British Council, will be celebrating the 400th anniversary of the British playwright’s death this year. 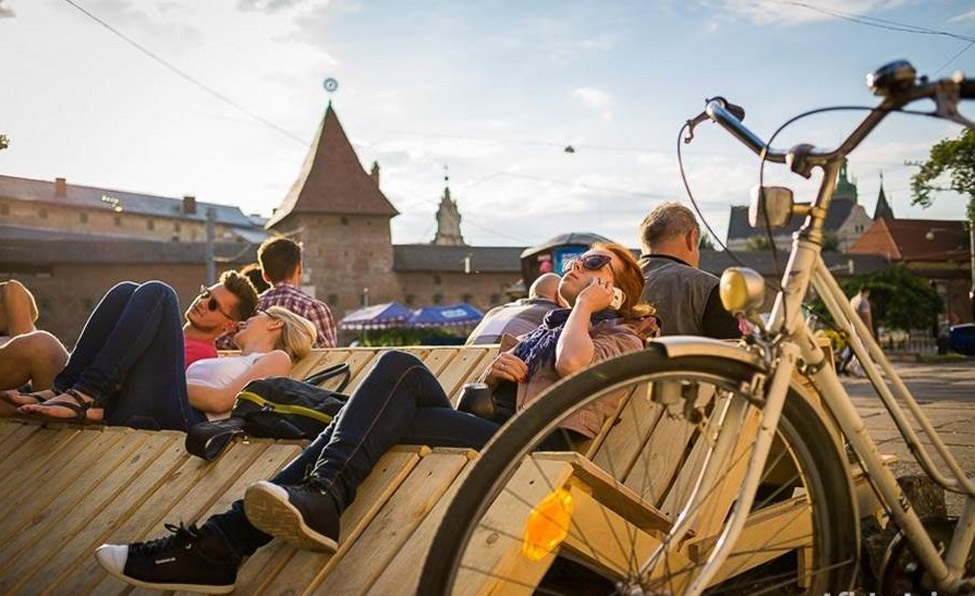 The architects and designers of the group Urban Ideas remodel public spaces in the city of Lviv. Serving as a point of contact between the city’s residents and local authorities, Olha Kryvoruchko and Valentyn Sharovatov join forces with other contributors depending on each project’s needs. Their list of accomplishments includes the revitalization of St. Theodore Square in the city’s historic district. Working with the needs of neighborhood residents in mind (seating, waiting for the bus, leisure, relaxation), the team builds urban furniture and “hacks” public areas to improve the city. Urban Ideas also leads DIY wood-working workshops for the city’s inhabitants. Another of the group’s projects built public benches and chairs in front of Clarisse Monastery, and the Pinzel museum featuring Ukrainian artist Johann Georg Pinzel’s wood sculptures in Mytna Square. These benches invite passersby to take a moment to sit and rediscover this part of their cultural heritage with new perspective. Other similar projects have led them to create a numbered “problem map” that city residents can contribute to by indicating what improvements could be made to particular spots throughout the city. 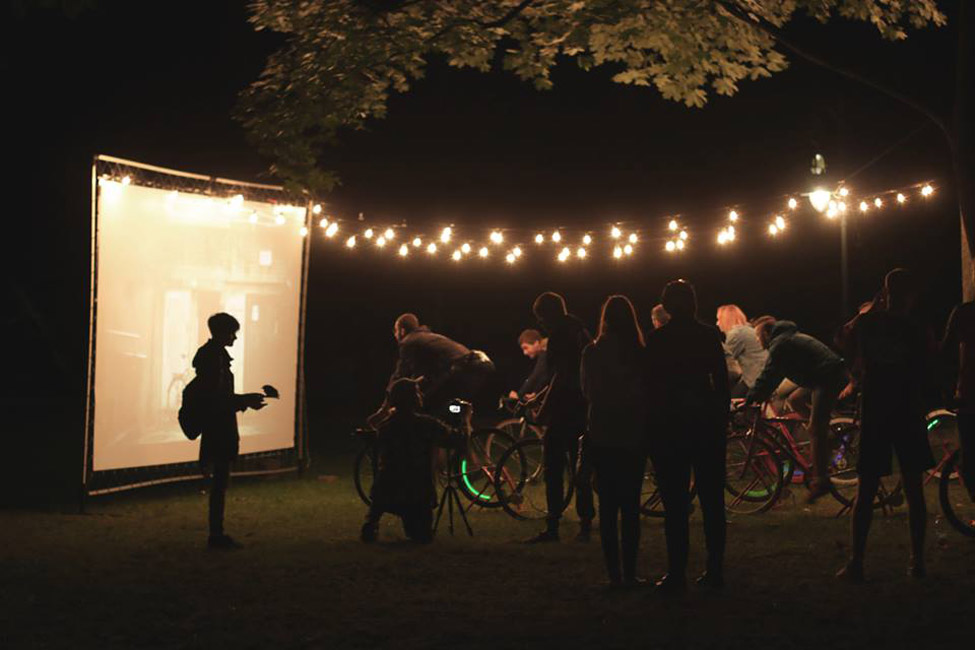 Created in 2008 in Lviv, Wiz-Art is a cultural and educational platform featuring both Ukrainian and foreign filmmakers. Every year the LISFF Wiz-Art festival screens hundreds of short films from all over the world. The screenings often take place in unusual locations like hospitals, bus stops, and abandoned buildings, and provide support for contemporary and independent film production.
The Wiz-Art Film School is a film education platform for Ukrainian film students. It organizes many workshops each year led by accomplished filmmakers and producers. Its activities include the Lviv Rover Film Festival, where the audience pedals on stationary bikes to produce the energy needed to project the film. Wiz-Art also initiated the creation of Ukraine’s first film Commission. 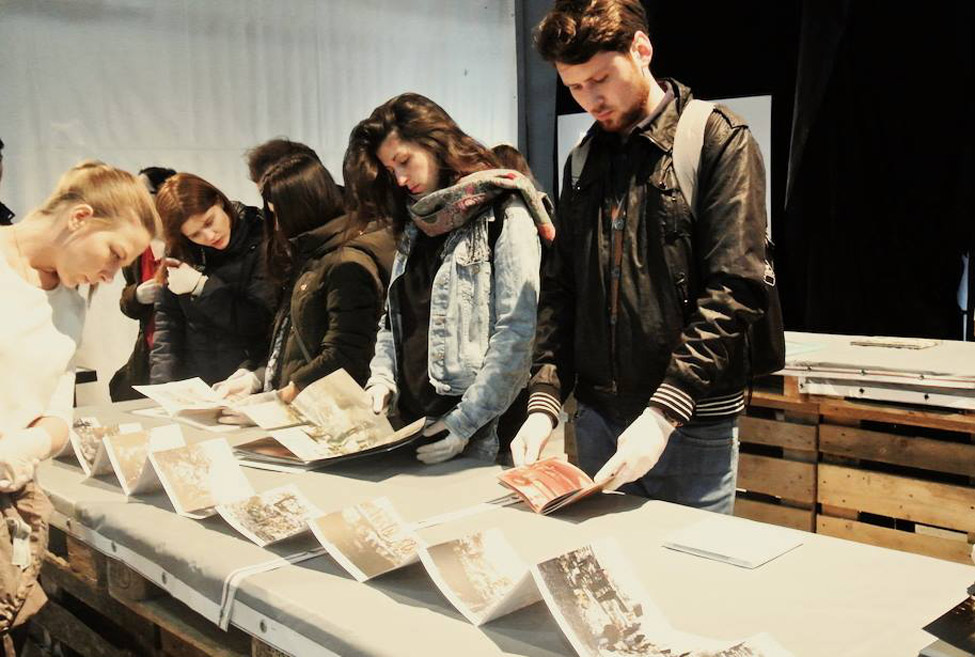 The Art Travel association was created by Ukrainian photographer, artist, and curator Kateryna Radchenko in 2009 in Odessa. Her goal is to organize educational visual projects for all audiences and to promote citizen expression through the arts. At both the local and international levels, Art Travel works with artists and organizations in Asia and Europe, primarily in the areas of visual and contemporary art, performance, dance, and art education.
One such project is “Trolleybus N°9,” which puts on performances in the heart of public spaces, and on public transportation where artistic expression is conveyed through audio, visual, literary, or performance art. Another is the international Odessa/Batumi Photo Days festival, a training event for the photography community. Lectures, workshops, conferences, exhibitions and professional meet-ups between photographers and curators from all over the world take place here. The event takes place twice a year, in Odessa and Batumi (in Georgia).

Allalla (Simferopol): Textile creation in the heart of Crimea 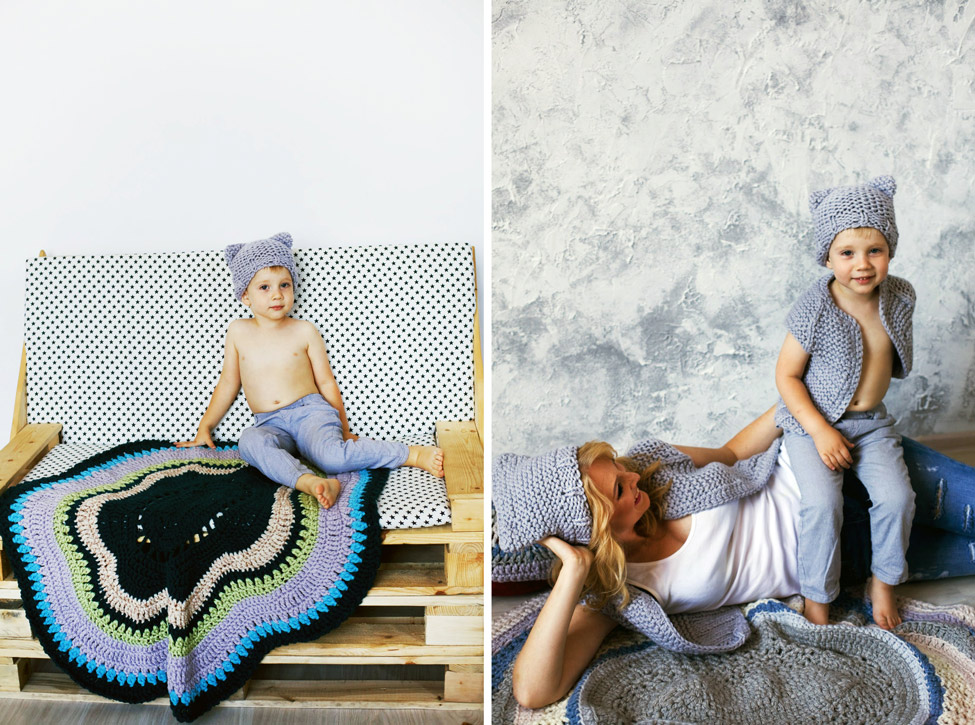 The Allalla studio is located in Simferopol, the capital of Crimea, a territory currently disputed by Ukraine and Russia. The design approach of the studio draws inspiration from the diverse landscape of the peninsula, which boasts hills, cliffs, coastlines and mountains, and takes a contemplative approach transcending the geopolitical concerns of the region. The studio makes handcrafted rugs, clothing, accessories and original interior designs, all made from natural wool.
Textile designer Alla Solodovnikova spent her childhood on an island facing Vladivostok in the far eastern part of Russia. Close to the Chinese and North Korean Borders, as well as the Sea of Japan, she grew up with a special relationship to nature. She returned to Crimea in 1995 and now splits her time between this coveted piece of land and the South of France, always sticking close to the Pyrenees Mountains or the Mediterranean Sea.

86 International Festival of Film and Urbanism (Slavutych): A new city at the heart of urban issues 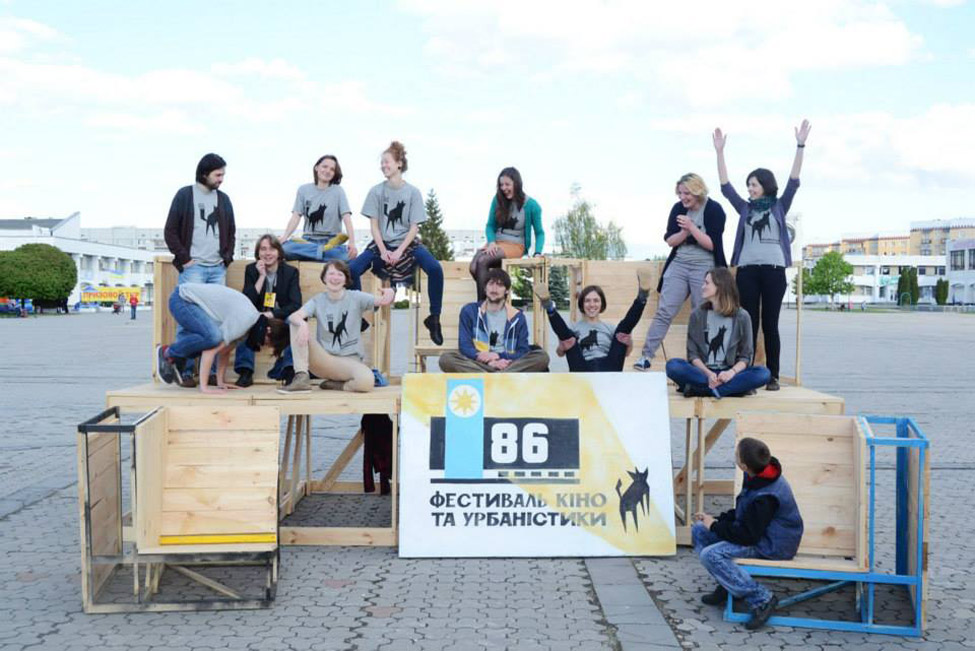 This international festival of film and urbanism is held in Slavutych, a new Ukrainian city created after the Chernobyl disaster of 1986 to house workers evacuated from the nuclear power plant. For three years, the Festival has explored urban themes relating to modern cities, communities, and energy resources through documentary film and other art projects.
Slavutych is also host to Teta Tsybulnik and her team, who created the project “My Street Films Ukraine” aimed at young filmmakers addressing urban issues. Guided by professional tutors, students receive training in filmmaking and try out new forms of expression. Additionally, the “Made in Slavutych” project, led by Czech artist Kateřina Šedá, aims to mobilize locals to come up with a collective plan to promote the city by making it into the Guinness Book of World Records.