It is difficult to disagree with Michael Münch when he says that German rap has not really experienced success outside of its country of origin. But his documentary Curtains Falling is here to change our perception of this genre. From its origins in the U.S. military camps of the Cold War through to the “light rap” of recent years, Curtains Falling reveals all there is to know about the development of the German rap scene over the past 25 years.

Michael Münch didn’t have to think for long when choosing the topic for his first major documentary film. Given piano lessons from the age of four and self-taught on the guitar by fourteen, Münch wanted his project to reflect his passion for music. And as his love of this art knows no limits in terms of genre, German rap seemed to him an obvious choice given that, as of yet, no one has produced a quality film on the topic. His goal was therefore to produce THE authoritative documentary on the German-language hip-hop scene. On his return from documentary film festival DOK. Fest in Munich, Michael Münch shares his impressions on the unique features of German rap and the role of hip-hop in Germany, as well as a few of the genre’s defining tracks.

When was German rap born in Germany?

It’s difficult to put a date or spot to it. But what I’ve learned from research and by interviewing all these amazing artists is that it started out in the mid 1980s in Germany. It is important to state that when we talk about the term “hip-hop”, it’s not just the music we’re talking about – it’s a culture that consists of four pillars: rap, DJing, breakdance and graffiti. And I think breakdance and graffiti were the first two parts of that hip-hop culture that made it over to Germany through the U.S. military stations in Germany.

How is German rap linked to the history of Germany?

In my opinion, the first and only time German rap ever had an impact on German history was in the early 2000s when the media picked up the bad parts of this originally positive culture. The kids started to use swear words more again. It was basically like punk music back in the 80s – but I think punk had a bigger impact on the German culture in general.

To what extent do you think that German rap is influenced by the United States?

In the end, it all comes from U.S. rap. The first German rappers copied what they would hear at the hip-hop jams of the U.S. soldiers and the rap songs on the radio and on MTV. Eventually, it was better to express yourself in your mother language. It was just an odd step in the beginning, because it sounded kind of dorky to rap in German. But as soon as people got used to it they loved it. Before we only had – rhythmically speaking – music like Falco and Nina Hagen. But you wouldn’t consider them rappers, I don’t think. Even to this day a lot of new influences come from the U.S. music-wise. But I don’t think that that is just a rap music phenomenon – I think it’s like that in every music genre. 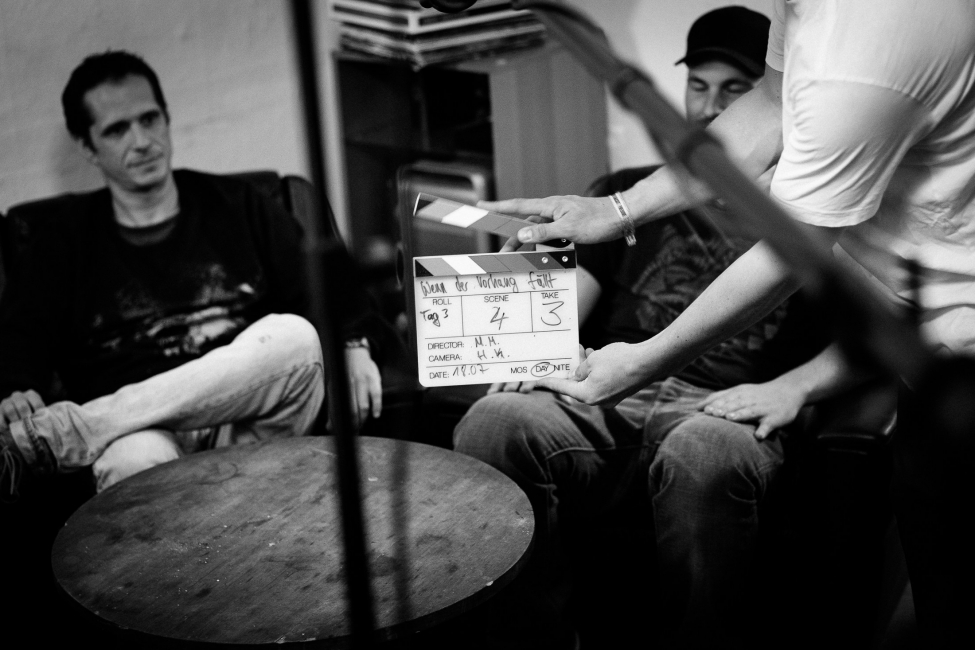 How have cities like Heidelberg, Stuttgart, Hamburg or Berlin made German rap evolve?

Heidelberg is known to be the mother city of German rap. At least, it was one of the first scenes in the German language that broke out of the city boundaries and made some bigger waves throughout the country. All of these cities have had a big impact on German rap, though. Even other cities you might not even have heard about like Lübeck, Braunschweig and Osnabrück – they hosted a lot of the early hip-hop jams in Germany. So this was the only location where rappers from all over the country could meet like-minded people. At these jams, the rappers met each other and formed strong connections to each other, no matter if they came from different cities.

What are the particularities of German hip-hop?

A lot of people outside of Germany, Switzerland and Austria don’t know that German rap exists, to be honest. So the first particularity is that rapping in German might sound super weird to people from other countries. German is not like French – it’s not a language that sounds nice. So it might add a little aggressiveness to every song there is in the ears of a non-German-speaking listener.

Which are the most recurrent topics in German rap songs?

I think the topic that has been talked about most in German rap songs is either women or problems of our society. In the last few years more “fun” rap has also started emerging with happy lyrics and party-like music in it. But before that it was mostly about poor people’s problems, racial problems, living in a bad neighborhood and stuff like that. Of course, there’s always been the gangster rap thing where rappers just proclaim themselves to be the toughest guy out there.

How is hip-hop considered in Germany?

I think it’s the biggest pop culture we have right now. It influences a lot of people between the ages of 10 and 50 I think. But the media and people in positions of power are still trying to talk it down to be a culture of immaturity. “Rappers are adults that don’t want to grow up,” is probably what most people think. Hip-hop fans can now be found in positions and jobs that ‘belong’ to our society – they are doctors, architects, hairdressers, teachers and even police officers. As Bob Dylan once put it: “The times they are a-changin’”.

Discover a selection of alternative spots in Germany with our city guide Indie Guides Berlin.