Mini Guide: 5 Spots to Check Out in Athens

The financial crisis has nothing on Athens! With audacity and creativity, the residents of the Greek capital never stop coming up with new solutions to promote the arts and preserve the city’s night life. The Embros theatre is a great example. This former abandoned print house is now occupied by a collective of creatives and artists. Discover Embros and other initiatives for the preservation of Athenian alternative culture in this selection of five spots taken from our city guide Indie Guides Athens. 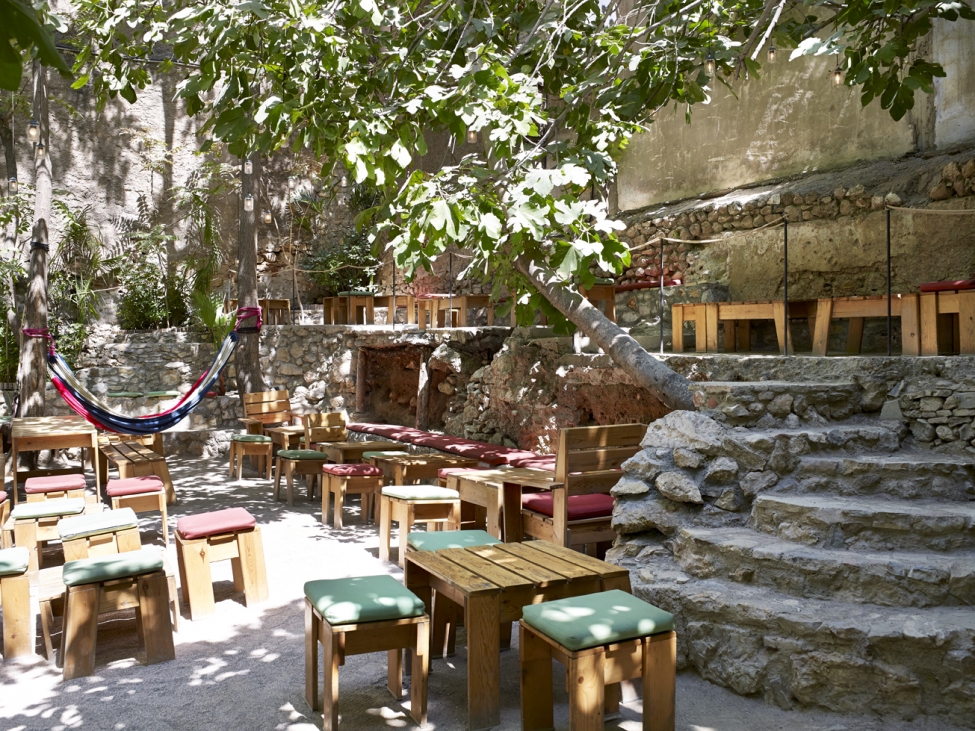 They bark but they do not bite! Its name has a double meaning: it first refers to the stray dogs found everywhere around in this area and second, to the Six Degrees Of Global Separation experiment. We are not sure of the validity of the experiment, but in Six D.O.G.S. you’re definitely bound to bump into somebody you know.
This is an all day and all night entertainment center, conjoining a music venue, a project space, a bar, a foyer and an (amazing) outdoor garden. It hosts an average of 500+ events every year and it is mostly known as one of the primary concert spaces for the alternative Greek indie and/or experimental music scene. 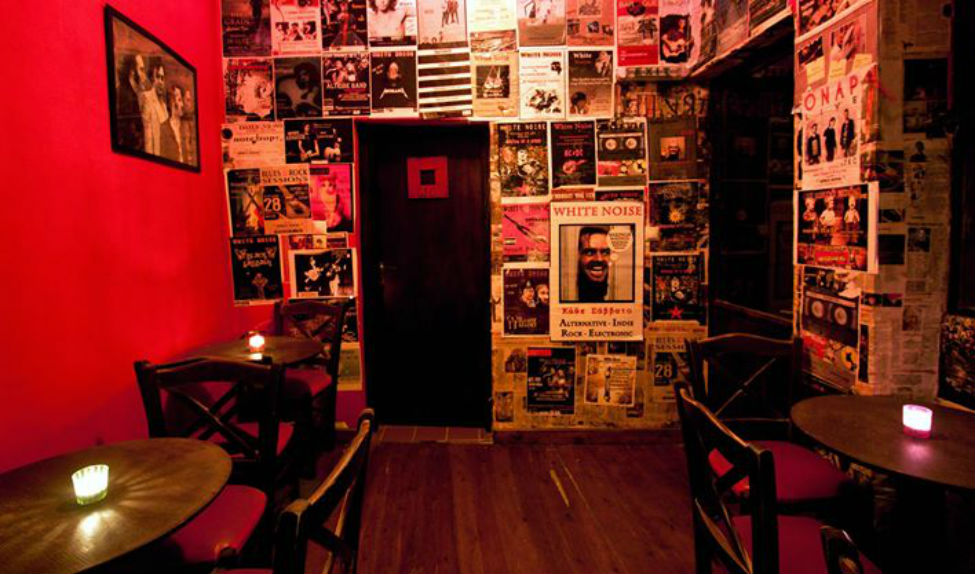 Combining a recording studio on the ground floor, a café-bar in the basement, a concert hall and a rooftop terrace sitting on top of it all, this restored building in the heart of the popular Gkazi area is the current darling spot for music amateurs.
Every Wednesday grab your musical instrument and show off your riffs (…or just watch other “amateurs” do it), every Thursday attend a different live show, and every Friday DJ Bazinga will wipe the sneer off your face with his mix of dark and edgy sounds.
If you’re self-conscious that we called you an “amateur” earlier, you can head to the ground floor to sharpen your musical skills in their rehearsal studios.

Imantas: Brace yourself and take a listen 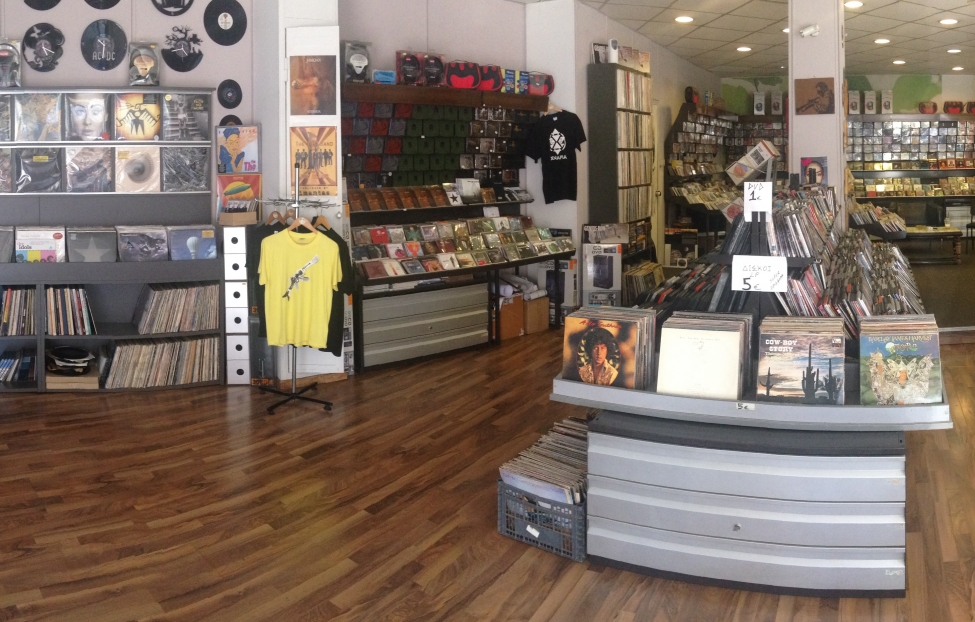 With its name meaning “belt” or “strap”, Imantas couldn’t be more different from commercial chain record stores. Starting out as the record label and brainchild of B.D. Foxmoor, the ‘patriarch’ of low-bap (a Greek version of underground, down-beat, politically-charged rap music, infused with ethnic vibes) and Panagiotis Kotsidis, an assistant from the once legendary, but now defunct, Tzina record store, Imantas recently opened as a record store in the heart of the Psirri neighborhood. But don’t expect to find only low-bap, (although I would strongly advise you to check it out) — Imantas also offers a particularly curious vinyl collection for you to explore. 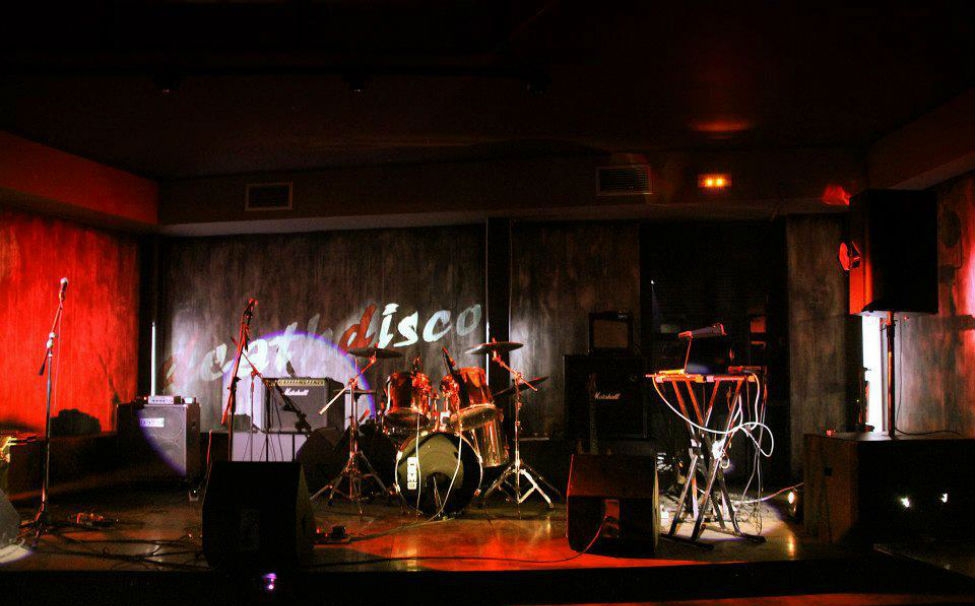 Death Disco is a New Wave club named after the famous Public Image Ltd. Song in the so-called ‘Mecca of alternative clubbing’, Psirri. The aesthetics of the building are expectedly minimal/industrial.
From Thursdays to Saturdays, Death Disco features a series of thematic-based nights: Thursdays belong to ‘Reflections’, organised by Giorgos Safelas & Anireta Duma, which aim to explore the interrelationship between music and the other arts (theatre, poetry, short films etc.), Fridays are dedicated to tributes (from the Cure and Depeche Mode to italo disco parties…) and on Saturdays New Wave parties are held, where post-punk, EMB, gothic, electro, indie tunes are thrown in. 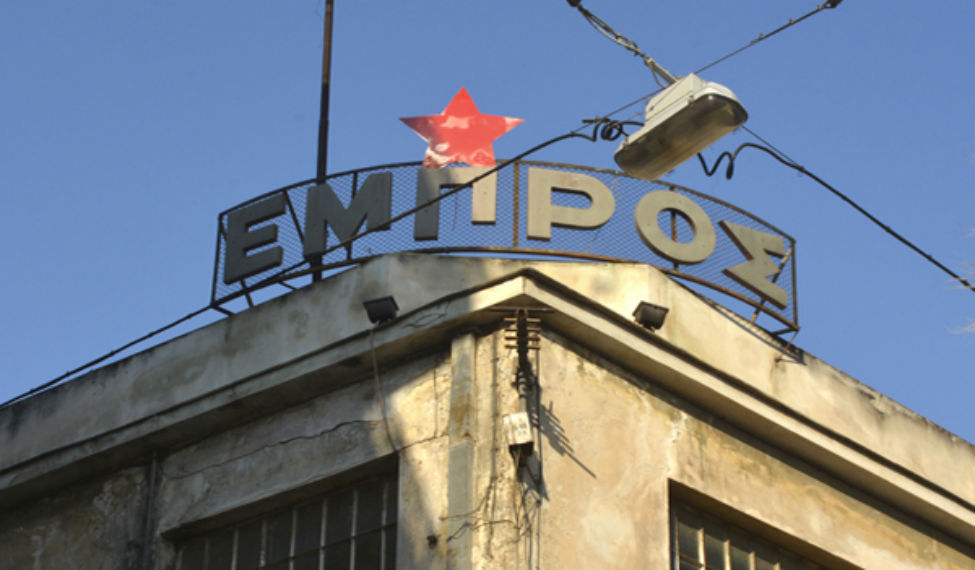 Until 1985 this historic building in the heart of Psirri used to be a printing house, publishing the newspaper ‘Embros’. Afterwards it fell under the jurisdiction of the Ministry of Culture, which failed to put it to any cultural use (no surprise here…). ‘Kinisi Mavili’, a creative collective of artists, decided in 2011 to occupy it and transform it into a multidynamic space (no surprise there, either…).
Nowadays, it is a democratically run ‘free self-organised space’ which hosts a diverse selection of events, performances, screenings, politically charged discussions and exhibitions. Tip: as is the case with many similar places, don’t expect any event to start on time. Give it at least half an hour.

Photos: Mary A. (Death Disco), courtesy of the places mentioned