Mini Guide: 5 Spots to Check Out in Marseille

Though it’s the second largest city in France, Marseille has long suffered from a bit of a bad reputation. Things turned around when it was named Capital of Culture in 2013, but behind the glossy new cultural attractions, an entire alternative scene is percolating in the shadows. Check it out for yourself by visiting the five spots below. 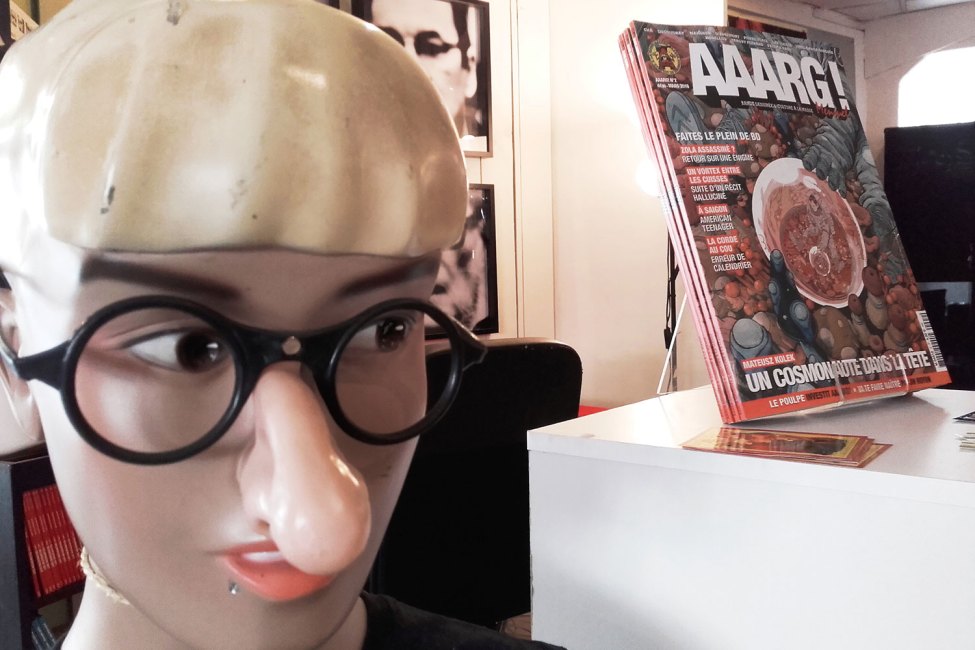 You need to have a lot of courage and a little bit of crazy to open a comic book publishing house. Même pas mal and AAARG! have always had close ties. Même pas mal, a non-profit publishing house created in 2010, put to press all that the amazing losers of the comic book world had to offer: from scruffy artists to irreverent writers. The result? Comic books overflowing with black comedy and schoolyard jokes, in the image of Oh ! Merde !, Paf et Hencule and the already famous Glory Owl.

In 2013, the AAARG! project was born, brainchild of a few members of the Même pas mal team, with the goal of making comic book series for adults cool again. After a crowdfunding campaign, the series was on its way. Inside its pages, you’ll find the same recipe that made Même pas mal so successful along with a few of its beloved characters and writers. Since its debut, the Aaarg ! team has developed its own comic book catalogue and opened its own shop, a few streets down from Même pas mal. We can’t encourage you enough to go check it out! And make sure to stop by Lièvre de Mars along the way – a superb bookstore specialized in graphics, design, architecture, city planning and photography, with a great kids section. 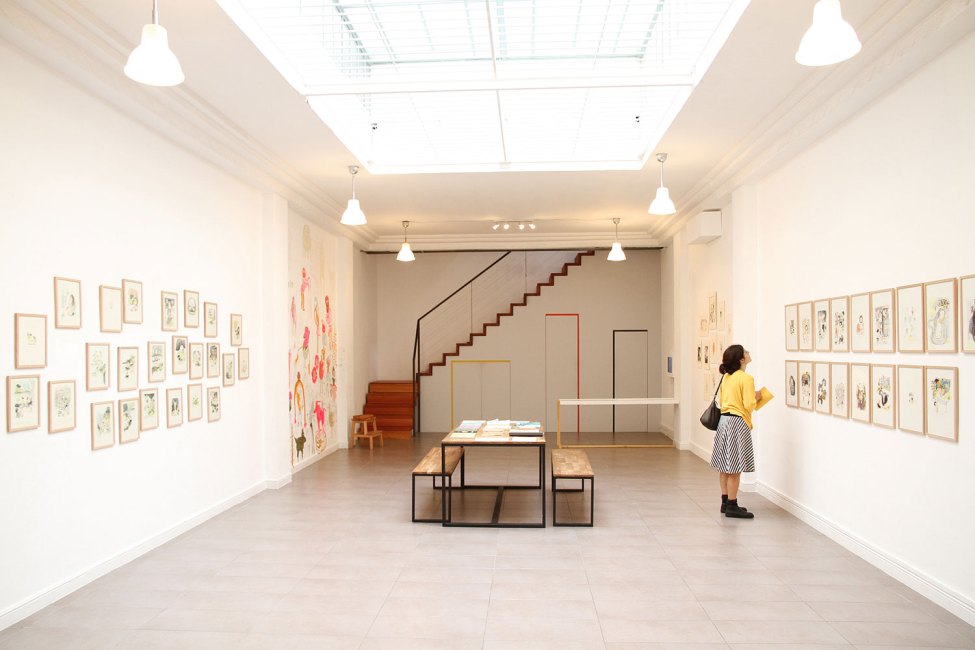 With its portmanteau name, evoking both photography and cinema, Fotokino already sets the tone for what you can expect inside. The founding members of this art collective hate restrictive categories and are happy to build bridges between many different art forms. Located since 2011 in a gallery in the Belsunce-Réformés neighborhood, these hyperactive jacks of all trades just can’t stop exploring every facet of visual creativity. Graphic arts, photography, painting, illustration, cinema – you name it. Whether you see one of their exhibits, or check them out at an event or festival, Fotokino’s unique identity is always manifest. Their program over the next few months is no exception. A Dolores Marat photo exhibit will be followed by an event dedicated to independent art book publishers, followed by a presentation of illustrator Nigel Peake’s work and a design project by David Poullard exploring logos. Not to mention the traditional art workshops regularly hosted by Fotokino, the new works soon to be released from its publishing house, and its annual Lanterna Magica festival. Like we said – they’re hyperactive! 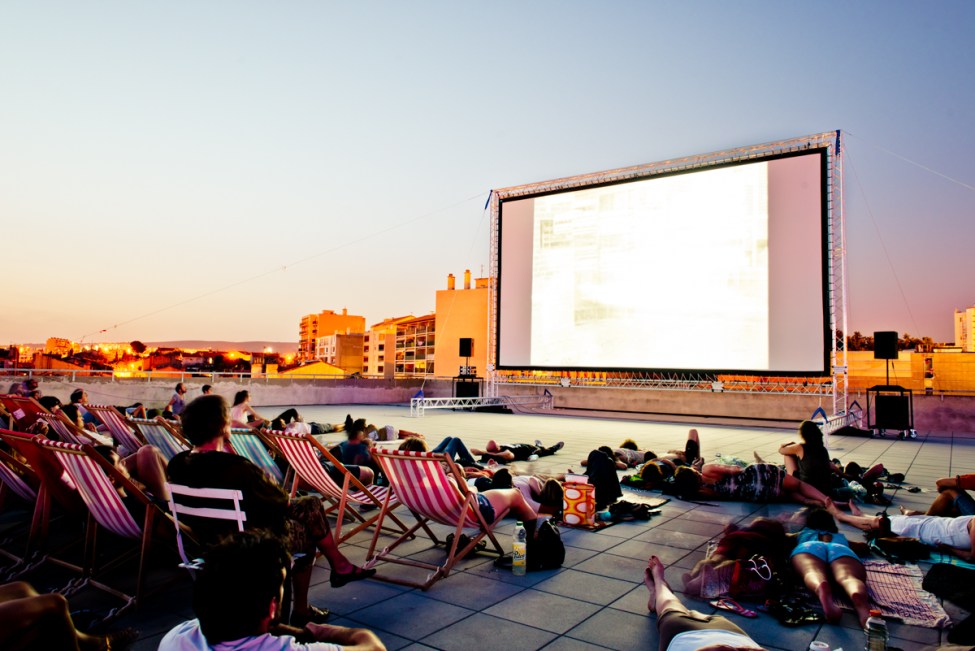 Once upon a time, an abandoned cigarette factory was overtaken by artists. The initiative intrigued the city of Marseille, so they decided to turn it into an official art and culture space. Twenty years later, there’s nothing “abandoned” about the space except for its name (friche means “wasteland” in French). Within its 430,000 square feet, there are now performance spaces, offices and workshops for 70 culture-related nonprofits and businesses, a café-bookshop, a restaurant, a movie theater, a 43,000 square foot contemporary art space (the Tour Panorama), an immense rooftop terrace with a panoramic view of Marseille harbor, a play space with a skate park… and that’s not all! In the years to come, the city of Marseille plans to invest millions of Euros into this city within the city. In the meantime, the team in charge continues to develop the space. The best time of year to visit? Come for the Marsatac (electro) and MIMI festivals or events sponsored by Radio Grenouille. 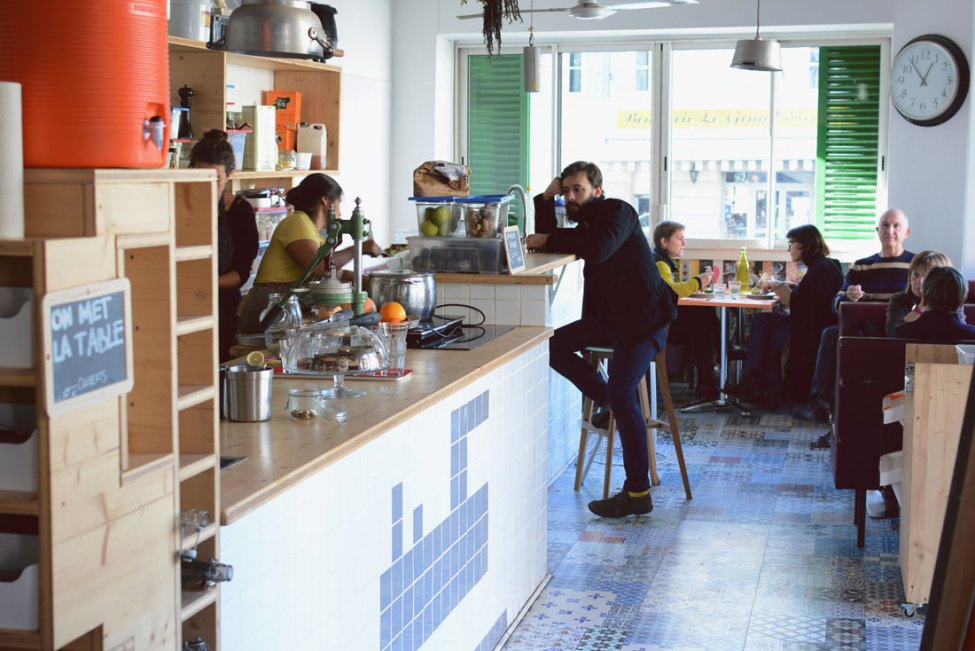 Nice spots located next to train stations are so rare that we feel almost obligated to share this place with you. The days of shoving a stale sandwich into your mouth before hopping on the train are over! Head over to L’Ecomotive to enjoy a variety of delicious small plates. This citizen’s café, located right at the bottom of the stairs of Saint-Charles station, serves 100% homemade food. Big salads, savory tarts, a dish of the day, cakes, coffee, beer, wine: it’s all organic and mostly local. Another nice touch – L’Ecomotive is part of the Café Suspendu network, which means that instead of ordering only one coffee, you can order two and the second one will be given to a person in need. 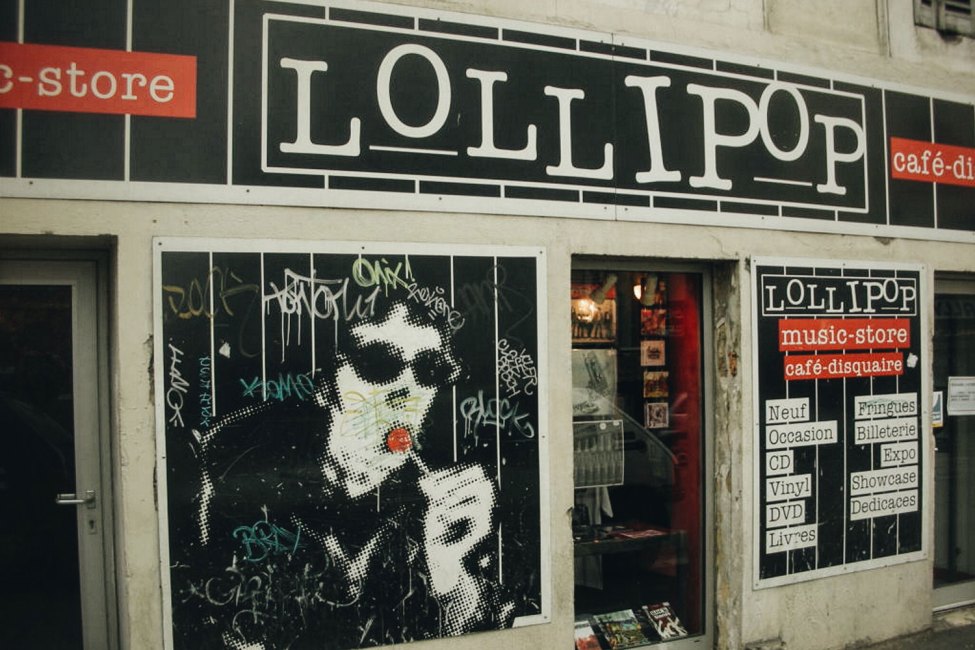 If you only go to one record store in Marseille, this should be it. Opened in 2006, right in the middle of the vinyl crisis, Lollipop was a somewhat crazy bet on the part of two music fanatics: Stéphane Signoret, head of the eponymous label, and Paul Milhaud, a previous record shop owner. Ten years later, it’s hard to imagine the Marseille music scene without this bastion of garage rock! With weekly showcases, a community café and rows and rows of local albums, Lollipop has united an entire music scene. And in case you’re a fan: every first Friday, Lollipop organizes a Japanese happy hour with Japanese appetizers and 100% Japanese rock and pop to jumpstart your night.