Mini guide: 5 spots to check out in Rome

With a rich history and beautiful churches strewn through its streets like beads on a rosary, Rome is a city that shines. But behind its ancient attractions, the city is also home to a variety of perfectly modern cultural and alternative initiatives. These are the spots Indie Guides Rome invites you to discover — places tourists have never heard of. Multicultural centers, squats run by activists, bars tucked away in community gardens, eclectic record stores, and the list goes on. Follow us as we venture into the tiny hidden streets of Rome.

Fanfulla 5/a: The heart of the capital’s indie scene 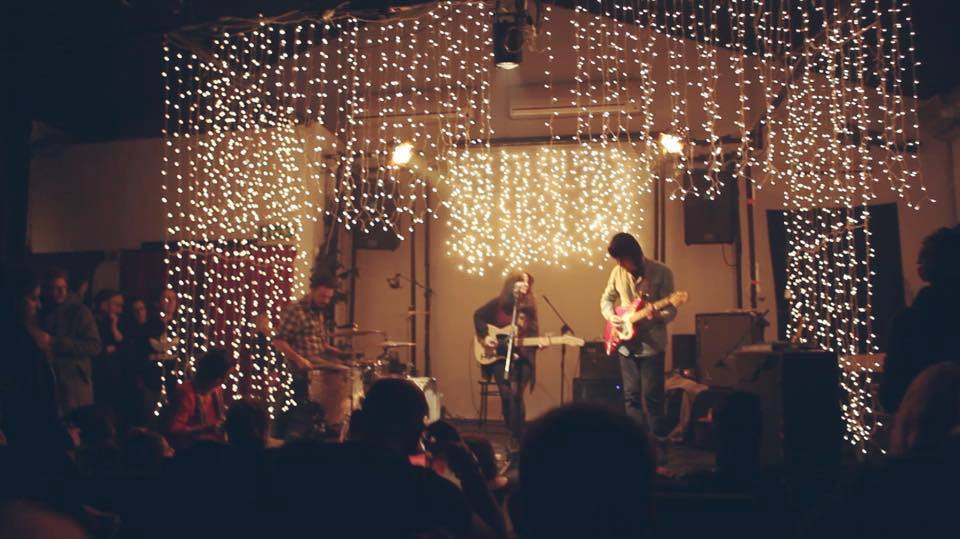 The unmarked door that stands at 5/a Via Fanfulla da Lodi opens into a place with an interesting and eventful past. The venue used to be located at – and known as – Fanfulla 101: a former garage rented out by Frenchman Manu, who moved to Rome around 15 years ago, and a few of his friends. Back then, the Pigneto neighborhood was on the cusp of a revival that Fanfulla 101 helped drive forward – hosting gigs and DJ sets in fantastic surroundings and serving up cheap drinks. Basically, it was the perfect place to discover good music.
The bar/venue then moved to a much bigger location at the other end of the street and was renamed Forte Fanfulla. Inside, it housed a vinyl store, a theatre hall, a restaurant, and a courtyard where guests could enjoy their drinks in the open air. However, the enthusiastic founders were once again forced to vacate the premises – but not without one last week of gigs and events held in support of the association.
Manu and his friends, however, are very determined: they found a third, smaller location at 5/a and once again began to organize a great line up of good-value gigs. And so Fanfulla lives on! Drop by to show your support and enjoy the best gigs on the Rome indie circuit. You can also play foosball for free – what more could you want?! 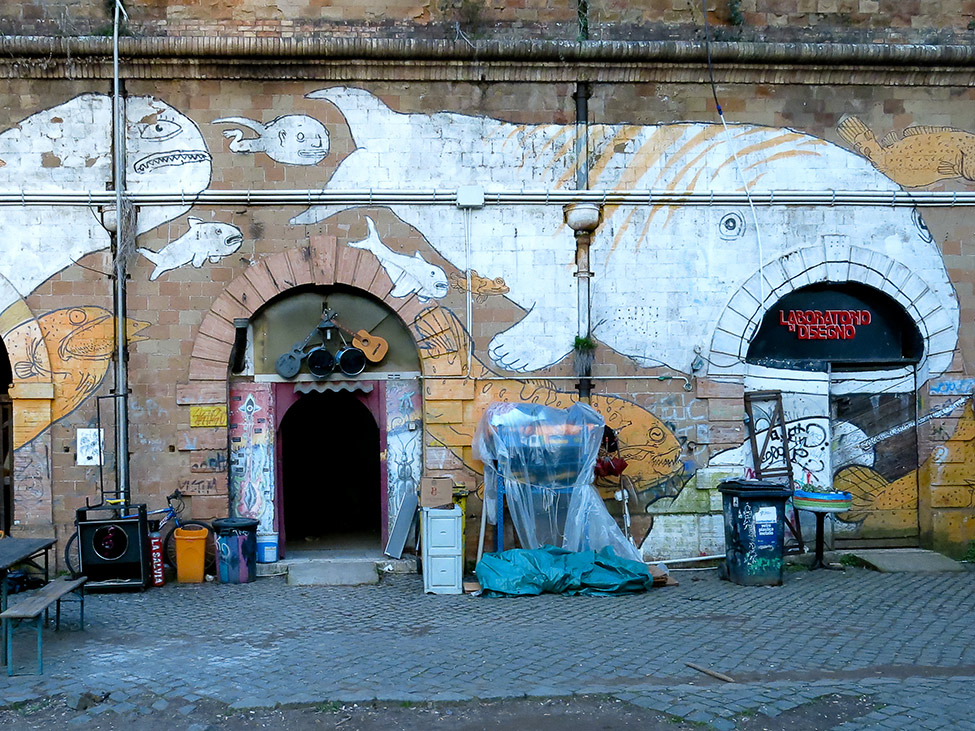 Forte Prenestino is the main embodiment of Rome’s counter-culture: social revolts have been launched from these walls, and those at the heart of the project have been key figures of activism in Rome for almost 30 years. It is no surprise, therefore, that its program of events forms a major contribution to the city’s alternative and underground culture – such as the independent comics festival CRACK! and the festival of wine and erotic illustration ENOTICA.
The building is also worth a visit in and of itself: This old military fort complete with drawbridges (!) was built in the late 19th century and houses a vast labyrinth of underground corridors, today used as gallery space, which can only be visited on certain occasions (during CRACK!, for example). The corridors open out into large rooms – which make perfect venues for big live music events like those held on May 1 – and “caves” that house a wide range of different initiatives: a wine bar, a “bike kitchen” where anyone can come and get help repairing their bike, a tea room, small bars, a projection room. There is an entire universe to discover down here! What’s more, Forte Prenestino serves up simple, ridiculously cheap dishes (often vegan) every day of the week. And the third Sunday of each month, the fruit and vegetable market Terra Terra is held on the premises in partnership with local producers. My advice: check their website before making the journey, as opening times vary depending on the event.

Scripta Manent: A haven for self-publishers 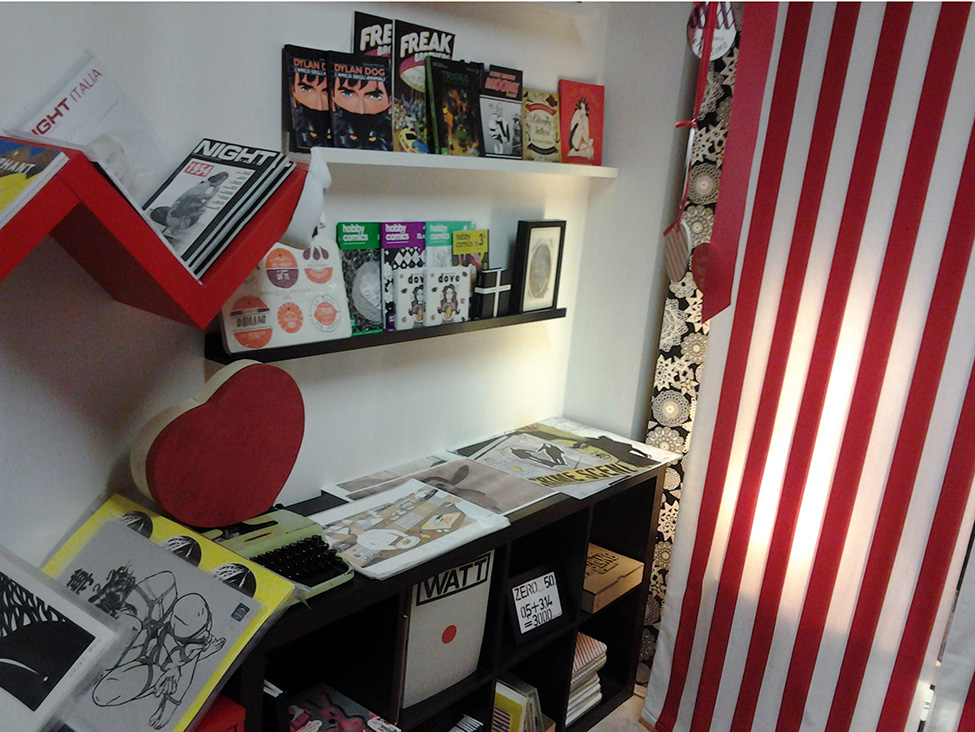 It is difficult to summarize the activities of Scripta Manent in just a few lines. First and foremost, it is a bookstore dedicated to graphic novels for both children and adults that supports independent publishing houses. However, it is also a venue for a variety of cultural events. The store also organizes SCANNER – an annual festival that showcases small, self-published Italian fanzines, comics and magazines. Lina and Maurizio, who opened Scripta Manent in 2012, have poured a lot of passion into creating and developing this space and look forward to welcoming you. After your visit, don’t forget to pass by the Caffarella Park – one of the largest natural areas in Rome. Don’t be surprised if you encounter the odd flock of sheep! 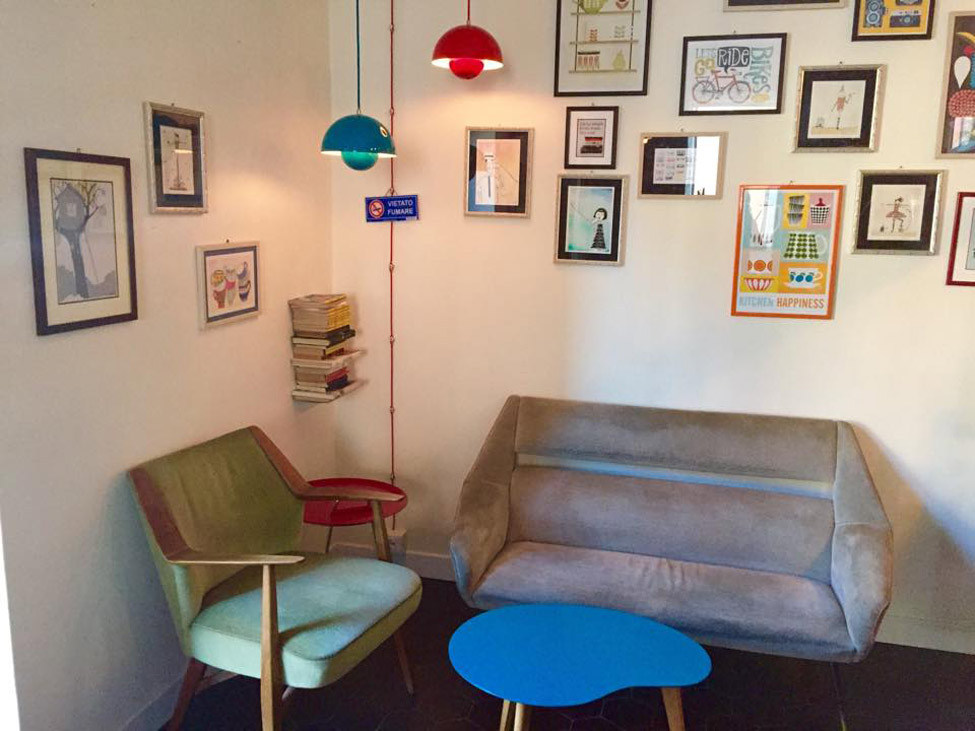 The Città Giardino (garden city) is a district of Rome inspired by the “garden city movement” – a method of urban planning initiated in 1898 by Sir Ebenezer Howard in Britain. The idea was to do away with the polluted and overpopulated modern industrial cities. At the heart of the Città Giardino sits the bar/restaurant Comò, which takes its name from an antiquated furniture item – the commode – and is the preferred hangout of the local young crowd. Located close to the River Aniene (the Tiber’s lesser-known brother), Comò Bistrot serves up tasty food, apéritifs and a good selection of beers to a regular clientele of young filmmakers, architects and graphic designers. If the weather’s good, take your cold beer out onto the large terrace and enjoy it while watching the sun go down. Those interested in unusual architecture might also want to take a quick tour of the area while they are here. 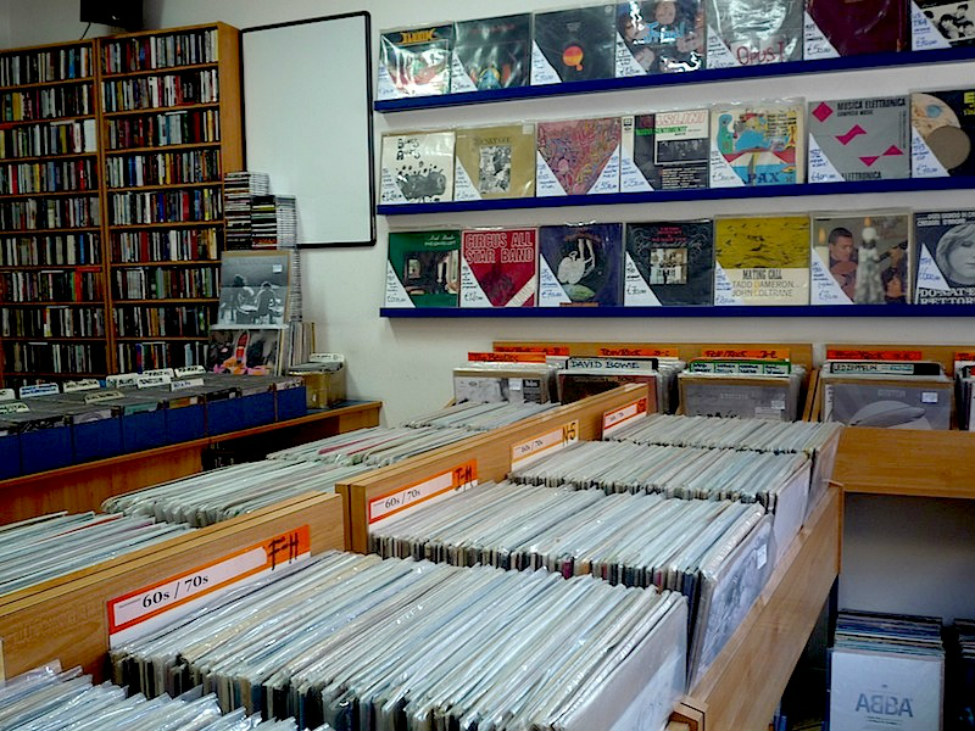 Disfunzioni Musicali – the much-loved store among Rome’s record fans – is no more, but Transmission has kind of picked up where it left off (even though it opened back in 2000 when Disfunzioni was still going). It’s no surprise that the people behind Transmission are Joy Division fans, but you will also find a great selection of other indie records here as well as rock, pop, jazz and blues albums. The owners are always happy to talk you through what’s in stock, but are in no way intrusive. So rest assured you will be able to browse at your leisure and discover hidden gems without being disturbed! By the way, don’t be put off by the turn-of-the-century design of the website! It’s well worth a visit to get a more precise idea of the store’s catalogue of records (but obviously can’t compare with the tactile pleasure of flicking through the actual records!)