You have to either be slightly mad or extremely passionate to brave surfing in Siberia – and perhaps the team behind Surf Siberia are a bit of both! The series of films documenting their expeditions along the Russian coastline prove that it is possible to surf the freezing waters of the Arctic Ocean. Possible, sure, but perhaps not for everyone…

The Surf Siberia project arose from a simple idea: to find the best surfing spots in Russia and film them. Russian film producer and accomplished surfer Konstantin Kokorev put together a team to explore some of the zones that remain undiscovered by the surfing community. A minimum of two surfers, one cameraman and one or two photographers participated in each expedition. Their adventures gave rise to a series of mini documentaries filmed in the Arctic and one episode shot on the Kuril Islands off the west coast of Russia. Marat Hasanov, a photographer and surfer on the team, shares some anecdotes about wide-open spaces, the polar landscape, and survival in hostile conditions from an extreme adventure that was as exciting as it was grueling.

Where were the various episodes of Surf Siberia shot exactly? 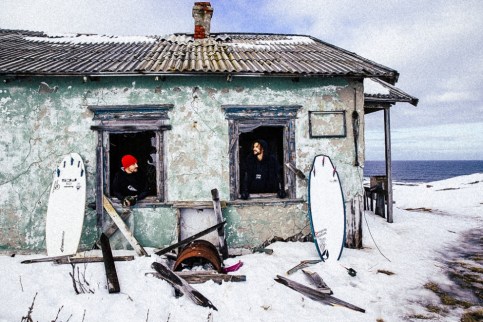 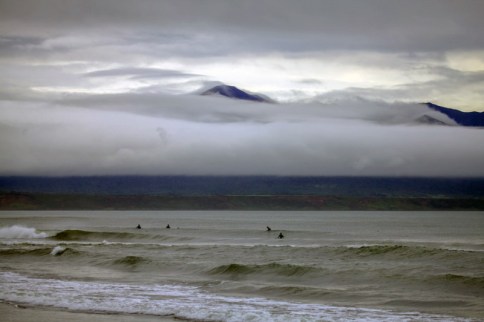 The Arctic episode was shot in and around Teriberka, which is an abandoned settlement on Russia’s Arctic coast in the Murmansk region. It’s where the Oscar-nominated Leviathan was shot. Another episode was shot on the Kuril Islands, which are stuck between Japan and Russia. Japan has been coveting them for a long time, but they are under Russian control. Only military people live there and it pretty much hasn’t changed since World War II. 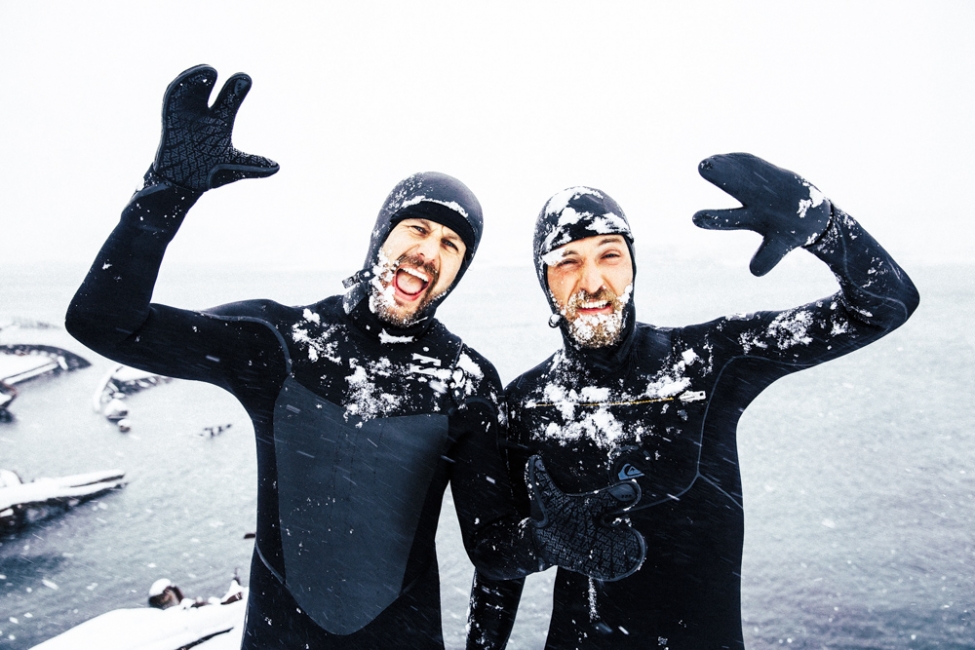 The conditions in Russia are extreme. Not many people come surfing here from abroad – at least none that we know of. And those who do usually go to the Kamchatka peninsula. The water in the Arctic is very cold and freezes below 0°C due to its high salt content. You need to arrive prepared and be extremely focused to surf there. There are huge rocks that you don’t want to hit! The only thing you cannot prepare for is the cold. We have special full-hooded wetsuits made of thick neoprene fabric with gloves, but we still got ice-cream headaches when duckdiving! And the wetsuits don’t dry well – we had to pour hot water inside them to make them defreeze – so everyone had to bring at least two with them. Knowing that we had to melt snow to get water, everything took on a whole other dimension. During our expeditions we didn’t have access to sanitary facilities and there wasn’t any sort of rescue service close by the surf spots we went to.

What did you find the most destabilizing during this adventure?

When we got to the Kuril Islands it didn’t feel like we were in Russia anymore. We were sleeping in tents by the ocean. In the morning there were fresh bear prints on the ground. We were also told that the bears were hungry during the time we were there because there weren’t many fish in the rivers due to lots of microearthquakes. That was a bit scary. But luckily we never bumped into any as they were only active during the night. There were also sea lions (so many of them!) and humpback whales. At one point, a huge cyclone hit the island where we were staying. Our tents were just about flying off the ground and the rain was almost horizontal. Waves were about six meters tall and the storm was so strong that, the next day, huge rocks had flown almost thirty meters inland and were lying on the shore. It was very impressive

Weren’t you scared that something might go wrong with such extreme conditions? 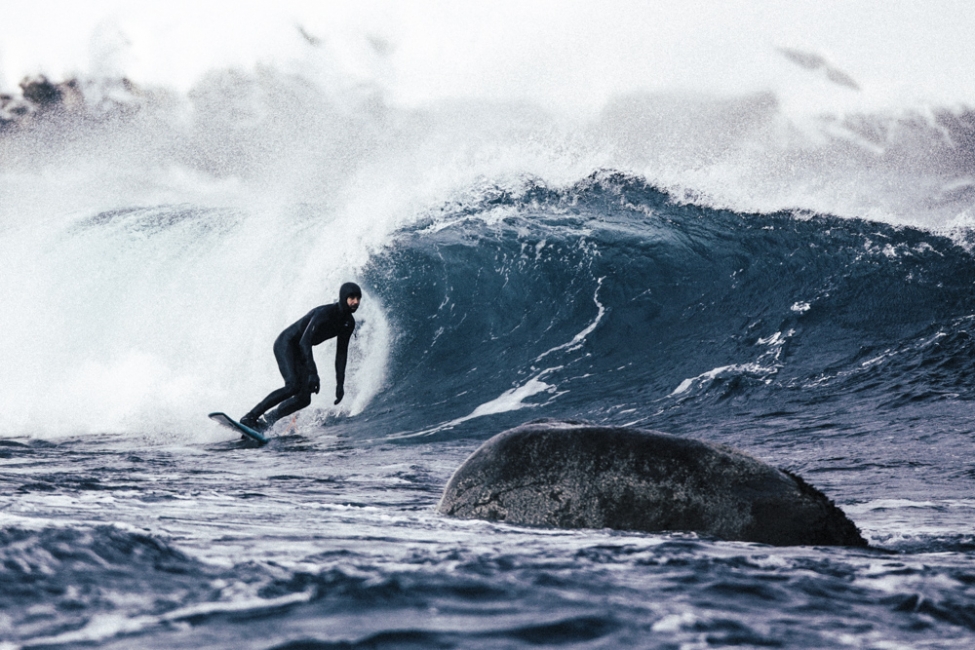 During the trip to the North Atlantic Ocean, Sergey nearly drowned. That day he was surfing in a new spot with his GoPro attached to his mouth, which made breathing difficult. At one point he got hit by a big set of waves that held him underwater for quite a while. When he finally managed to get to the surface, he couldn’t take a proper gasp of air because of his GoPro. Another three waves landed on top of him and he spent more time underwater. Then, when he finally got himself out of this situation, he realized that some rocks had ripped a big hole in his wetsuit and that a lot of cold water was getting in. So he got cold very fast. After this incident it was hard for him to return to this surf spot. In order to overcome his fear, he went diving later that day at the very same spot where he nearly drowned. The day after the incident he was already back on a surfboard. This helped him get over his trauma and get back surfing at the spot where he almost died.

What’s your best memory during the shooting of the film? 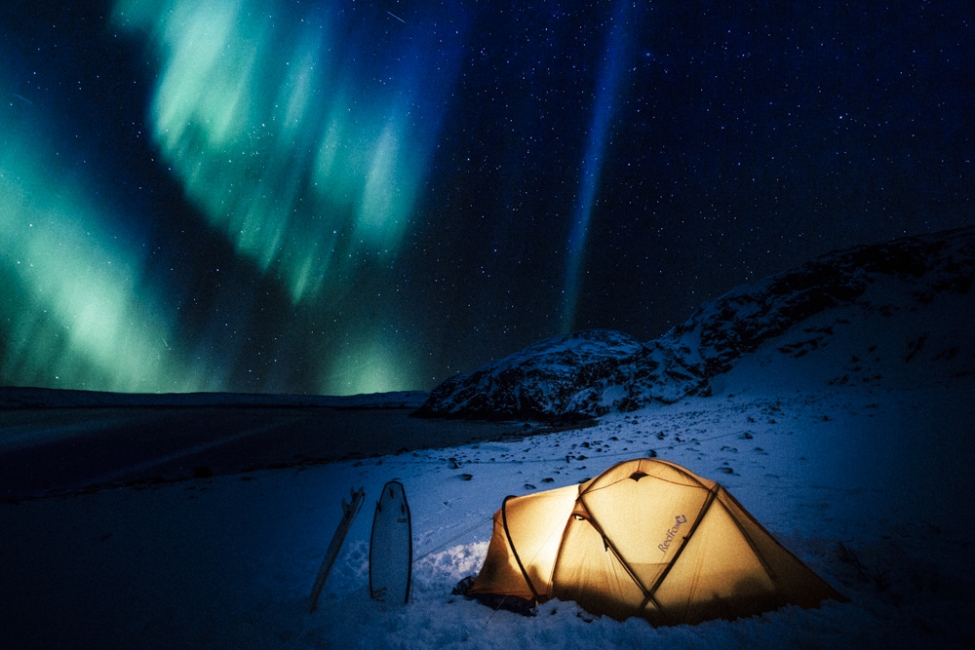 The northern lights were very special. They are just so magnificent! The team was lucky enough to see them a number of times during our last trip to the Arctic. They look like they come out of nowhere, last two or three hours, and then disappear again. It’s hard to put into words what it feels like to see them – it’s like a blessing, like a reward. Another of my favorite memories is attached to the sea lions that were on the island. They sometimes got curious about us while we were surfing and came closer to us. One of them fell asleep floating and drifted next to Sergey. When he woke up he got so scared that he swam away as fast as he could. He looked so funny with his eyes popping out!

What was it like to be completely cut off from civilization? 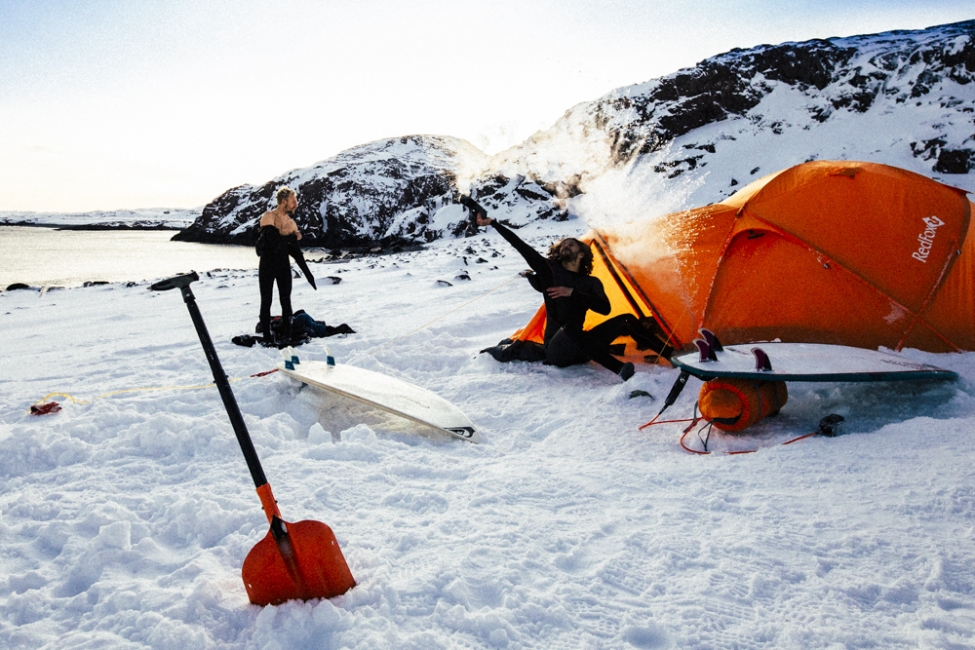 It feels strange to be surrounded only by your own thoughts, without distracting marketing messages being pushed at us every day like in the big cities we live in. Being disconnected from the world for two weeks – as was the case when we went to Kuril Islands – our minds kind of cleared. Without Internet, time seems to slow down. In our usual lives, we don’t really have free time; we always have something to think about. We take in so much information and do so many things every day that our perception of time has changed. So the two weeks passed by extremely slowly… It felt like forever. But we never got bored. We took time to talk, to enjoy nature and we surfed up to three sessions a day – which amounts to spending around six hours in the water on the days when there were waves. And we ate fresh every day, partly thanks to fishing. We even had some red caviar several times! We ate it with salt and fresh bread – that was a very special moment.

What’s the best season for surfing in the Arctic? 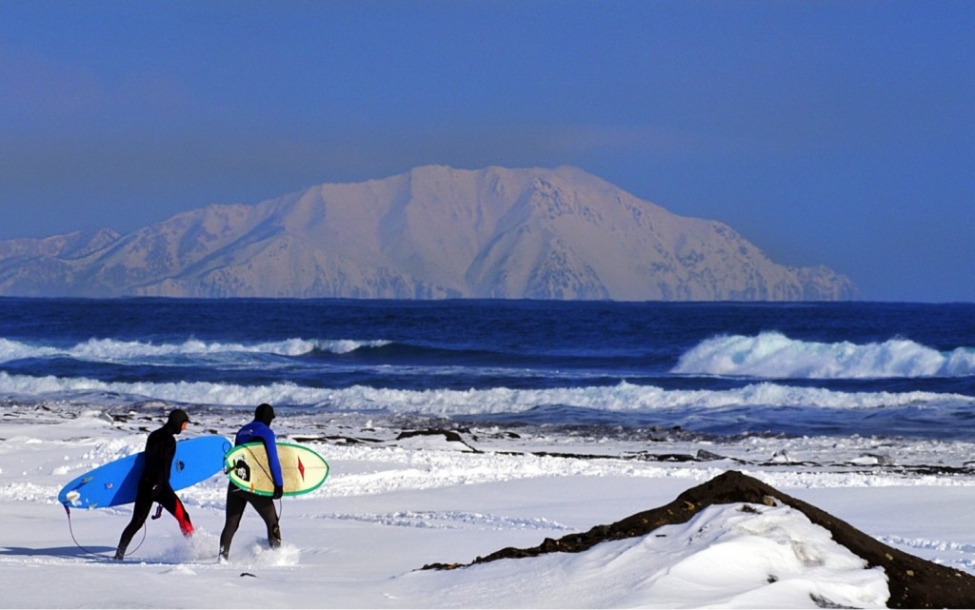 Autumn and winter. It’s not as cold in the summer, but then you don’t get as many waves! On the other hand, getting access to spots in winter is extremely difficult. During this period, the team could drive up to a certain point but then had to walk – sometimes for up to ten kilometers – carrying all the equipment along with them.

What’s the next step in your project? 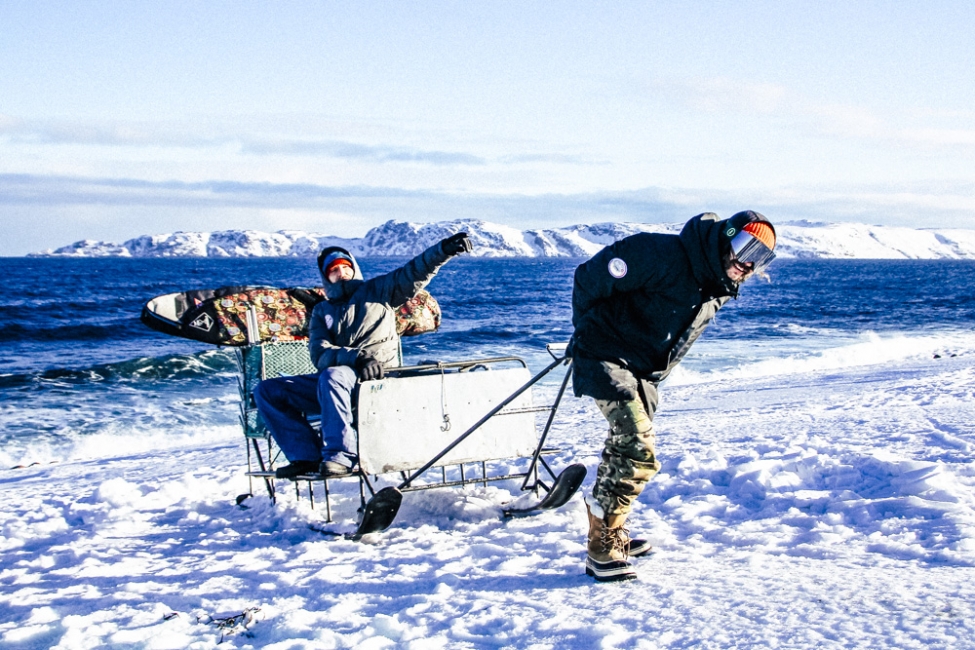 We don’t have new plans as of yet. But I’m sure that the next swell with bring new ideas and new experiences to share! We will most probably spend the summer building some of our own wooden surfboards for our next trip into the unknown…